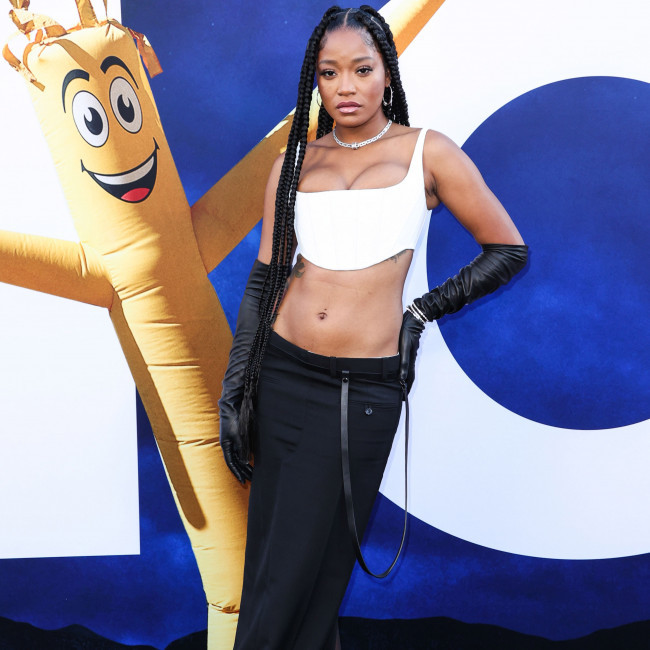 Keke Palmer had lots of questions after first reading the script for 'Nope'.

Director Jordan Peele has kept the plot of the sci-fi horror film under wraps since the first trailer was released earlier this year and the 'Lightyear' actress explained that she was in the dark when she first read the script.

"With Jordan, you can never really watch any of his stuff on the surface, but that first watch always is a little surface because you don't know what you're looking for. So I was like, 'I know this is a surface first read, now I'm ready to talk to him about what I'm really supposed to do.'"

Keke's co-star Steven Yeun had similar feelings but a "quick discussion" with Peele was all he needed to get his teeth into the movie.

The 38-year-old actor said: "I had a lot of questions, but what was really fun was, as I read it, I had a quick discussion with Jordan and we just went into it."

The movie follows siblings (played by Palmer and Daniel Kaluuya) as they investigate UFOs after encountering a mysterious force over their California ranch and Peele told the audience that the movie reflects the "horrors" that the world is currently living through.

The filmmaker said: "Just to give you a little bit of a sense of what you're going to see, because it's f****** crazy – I wrote this movie in a time that we still exist in, where I think many of us would agree it feels like we're in the middle of a bad miracle.

"It's a reflection of all the awful and spectacular horrors that we've been living through. If you thought you were going to get a complete escape from the horrors of the world, sorry, it's not that."