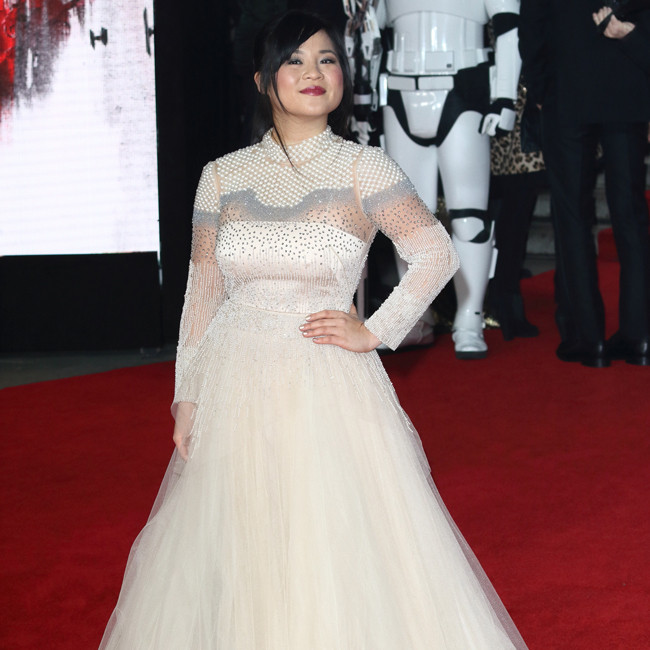 Kelly Marie Tran wants to "open doors" for other actresses.

The 32-year-old actress was the first woman of colour to have a lead role in a 'Star Wars' movie when she appeared in 'The Last Jedi' and whilst she feels lucky to be the first, she doesn't want to become the last as she admits the role is "so much bigger" than her.

Speaking to Collider.com, she shared: "I think the most important thing I’ve learned about being the first anything is just that, you want to make sure you’re not the last of whatever that thing is. Making sure that as you are sort of opening the door, that you’re leaving it open for others to follow. And also, gosh, the most important thing is to really enjoy every single moment because these moments are once in a lifetime and they’re fleeting."I really just want to live every one of these moments to the fullest and recognise that this is a miraculous experience and it doesn’t really make sense and it’s so much bigger than me. Being able to acknowledge all of those things, it’s big for me."

Meanwhile, Kelly previously insisted her career is an "impossible miracle".

She added: "I know it sounds so cheesy because it probably is, but I just think it's true, everything that I've been able to do in my career this far very much feels like an impossible miracle. I am not someone who had connections in this industry.

"I'm not someone who knew how to do that. I really feel like I was like the blind leading the blind, trying to figure out how to audition and this world. Everyone who has dreams as a kid watching these movies and wanting to be a part of it, if there's anything that can prove that it's possible to do anything, it’s that somehow I am where I am continuing to do the things that I'm doing."