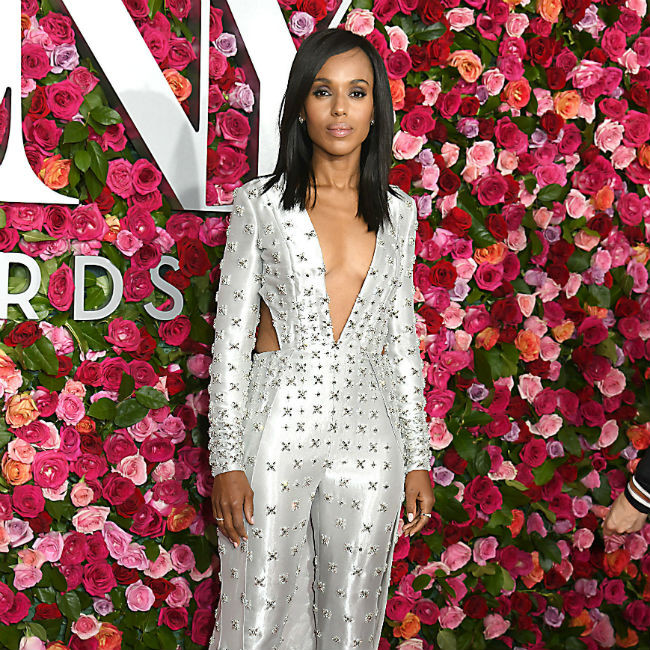 Kerry Washington to star in and produce Rockaway

Kerry Washington will star in and produce 'Rockaway'.

The 44-year-old actress will take on the leading role in Netflix's adaptation of Diane Cardwell's memoir 'Rockaway: Surfing Headlong Into a New Life', which tells the story of her move to Rockaway Beach, New York following the breakdown of her marriage and her new life as a surfer.

Nichelle Tramble Spellman will adapt the story for the screen, while Liza Chasin, Washington, Pilar Savone and Todd Shuster will produce.

Kerry shared the news on Twitter and wrote: "Ahhhhhhhh!!!!! So excited @SimpsonStreet is teaming up with @NetflixFilm @ByDianeCardwell @NichelleTramble & #LizaChasin to tell this incredible story. And I'm sooooooo excited to become one with the waves."

Cardwell posted a link to an article about the movie on Twitter and wrote: "Some news! I’m over the moon to have Rockaway in the hands of such a talented — and mostly female — team."

Meanwhile, Kerry is set to co-star with Charlize Theron in Paul Feig's 'The School for Good and Evil', based on the best-selling series of novels.

Paul said: "I've been such a massive fan of Kerry's forever and to finally find something for us to do together is just more proof that 2021 is gonna be way way better than 2020."

The upcoming project is based on the fantasy book series by Soman Chainani, which tells the story of an institution that helps to train lost children to become fairytale heroes or villains.