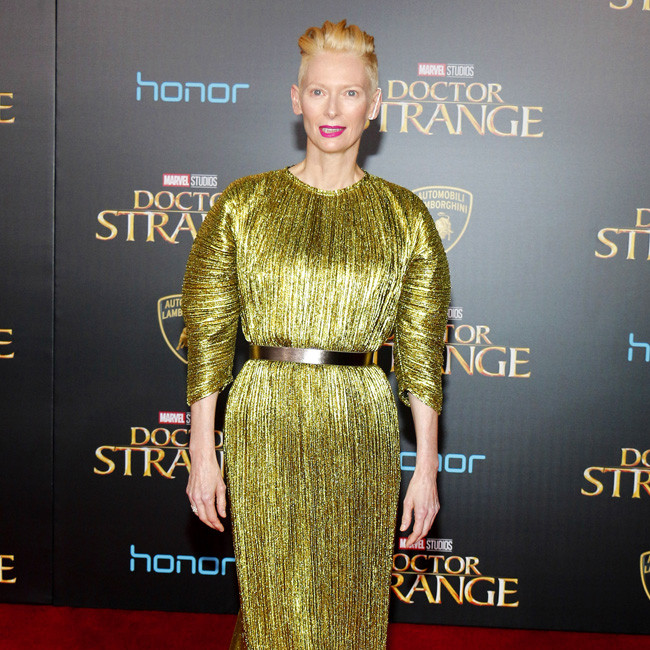 Kevin Feige thinks it was a "mistake" to cast Tilda Swinton in 'Doctor Strange'.

The 60-year-old actress portrayed The Ancient One in the 2016 blockbuster but now the Marvel Studios President has admitted the backlash to casting her as the Tibetan guru was a "wake-up call" and he realised they could have still avoided cliches while hiring an Asian actor for the part.

Speaking to Men's Health magazine, he said: "We thought we were being so smart and so cutting-edge.

Marvel had previously defended themselves over allegations of "whitewashing" the character and insisted they "regularly depart from stereotypes" in their storytelling.

They said in a statement at the time of the backlash: “Marvel has a very strong record of diversity in its casting of films and regularly departs from stereotypes and source material to bring its MCU [Marvel Cinematic Universe] to life.

“The Ancient One is a title that is not exclusively held by any one character, but rather a moniker passed down through time, and in this particular film the embodiment is Celtic.

"We are very proud to have the enormously talented Tilda Swinton portray this unique and complex character alongside our richly diverse cast.”

And Tilda has also previously defended her own casting, insisting she was hired in a bid to avoid offensive stereotypes as film bosses were keen to avoid "this kind of Fu Manchu, ancient man sitting on top of a mountain called The Ancient One."

She added: "They made this decision to not perpetuate those racial stereotypes.”