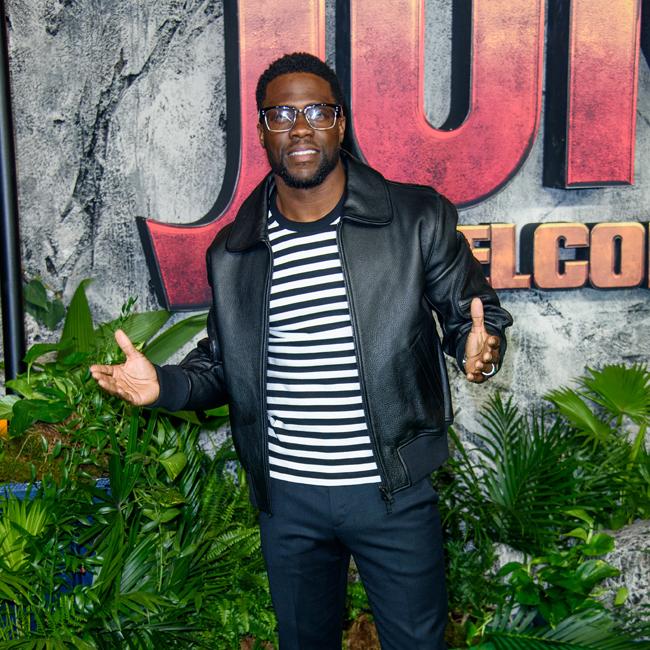 The 'Night School' actor is producing the third movie he's done with STXFilms in a partnership with his own HartBeat Productions.

Hart previously announced 'Black Friday' and an untitled comedy with the studio.

'Night Wolf' sees the comedian play an "everyday guy" who discovers he's the titular superhero after meeting his in-laws.

He said: "I instantly fell in love with this pitch about an everyday guy who is meeting his in-laws for the first time and unwittingly discovers his [father-in-law]-to-be is secretly a superhero."

Meanwhile, earlier this month, it was announced that the 40-year-old actor is set to star in a remake of 'Uptown Saturday Night'.

Hart poised to join forces with director Rick Famuyiwa to make a reworked version of the 1974 Sidney Poitier-directed comedy.

Kenya Barris has penned the most recent draft of the remake and he is also expected to co-produce the project.

The original movie told the story of two friends who were robbed at a fancy nightclub.

One of the items they had stolen was a winning lottery ticket and the duo spend the rest of the evening desperately trying to recover the ticket.

Despite being one of Hollywood's most in-demand stars, Kevin previously claimed that fame isn't "real".

The stand-up star conceded that fame can be easily "snatched from you".

He explained: "This s**t ain't real. It can be snatched from you. Look at how many stars they build up to beat down.

"Look at Britney Spears when she was the hottest thing ever. Then Britney went through a meltdown and everybody is like 'Well we don't know about this f***ing chick here.' Then she got back again and everybody was like, 'We love you Britney!' It was like 'What?!' You're f***ing all over the place, people.'

"It's not like your life changes because of the level of success that you have. At the end of the day people are people.

"If you come up to take a picture of me and I'm with my kids, I'm gonna politely tell you, 'Hey man, I appreciate your support, but I'm on daddy time right now.' As a person you should understand that."