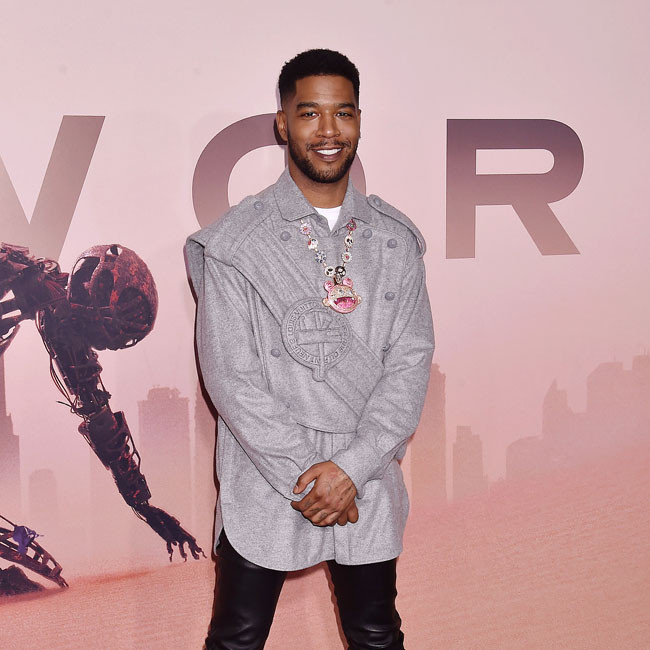 Kid Cudi is directing, starring in and co-writing his first feature film.

The 38-year-old musician - whose real name is Scott Mescudi - has revealed details for upcoming Netflix comedy 'Teddy', which is based on his 2009 track 'The Pursuit of Happiness' and will mark his directorial debut.

He said in a statement on Twitter: "If I could sum up what the movie is about in one sentence, I'd say this: It's as if I took the song 'Pursuit of Happiness' and wrote a movie about it.

"I added a lot of my own personal struggles and experiences in it, so this film is very close to my heart.

"I know, that deep down, this movie will help people in the same ways my music has. I'm continuing my mission.

Cudi explained that the project - which he's been working on in various forms since 2013 - was initially meant to be a TV series before transforming into a movie.

He's keeping tight lipped about the plot, but he did reveal his excitement for fans to meet the character.

He added: "I can't wait for u all to meet Teddy, his friends, his family and take a walk in his world for a bit. (sic)"

The film will be produced by Jay Z, James Lassiter and Jeymes Samuel, alongside Bron Studios and Mescudi's Mad Solar.

The star has made a number of on-screen appearances thus far, including the likes of 'Bill Ted Face the Music' and Netflix blockbuster 'Don't Look Up'.

'Teddy' is expected to launch on Netflix at some point in 2023.