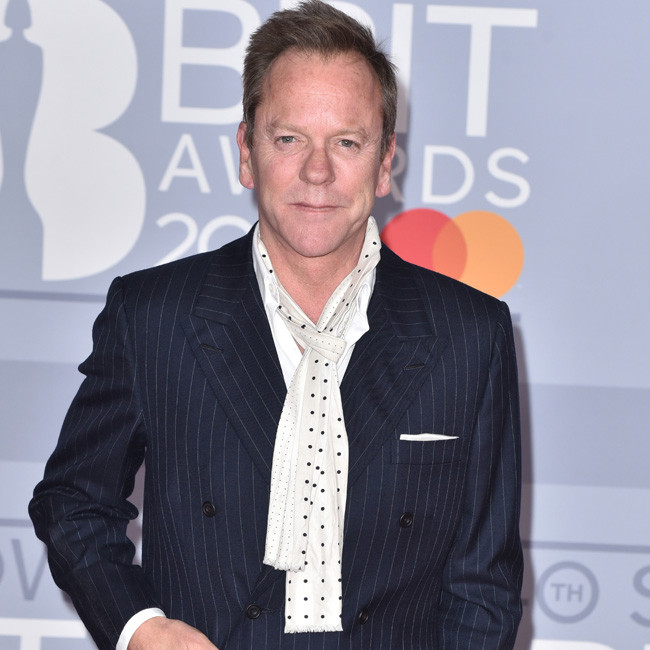 Kiefer Sutherland is incredibly superstitious when on set for a film project.

When asked by Total Film magazine whether he is superstitious, the 55-year-old actor admitted that even though he knows it’s “stupid,” he carries out a lot of rituals when shooting.

He answered: “How long have you got? I’m a superstitious person — playing a music show, the one show where you didn’t wear your ring, you broke a string, so now you’ve got to wear it. Stupid stuff. I know it’s stupid, but even after we do this interview, I’ll look up to the sky and say, ‘I’m sorry, I didn’t mean to say it was stupid.’”

The ‘Lost Boys’ star added that he also has a pretty specific daily routine when on set, which includes first making a cup of tea.

Kiefer explained: “[The first thing I do on set is] make a cup of tea, then go into hair and make-up. And once that’s sorted out, I’ll go down to set and do a rehearsal and a blocking, then go to work.”

When asked whether he’s ever stolen a prop from a set, the ‘24’ star joked that he’s only taken things that he’s “earned".

He confessed: “Stolen is a bit of a strong word, but yes, there have been a few sets where I’ve felt I’ve earned an item or two. I have a lot of presidential ashtrays. The irony is, I didn’t remove them from the ‘Designated Survivor’ set, I removed them from President Palmer’s set way back on ‘24.’ I don’t smoke anymore so now I have guitar picks in them, or quarters.”

Stealing props wasn’t the only wild thing Kiefer got up to while starring as counterterrorism agent Jack Bauer on ‘24’ from 2001 to 2014. The actor admitted that the wrap party for the show’s first season is “unequivocally” the wildest party he’s ever been to.

He revealed: “Absolutely, unequivocally, the best wrap party I’ve ever seen — the most chaotic — was the first season of ‘24.’ The head of the studio and the lady who had championed our script was there. Someone misidentified her and tackled her for fun. She’s on the ground.

“Another guy gets in a fight with his girlfriend and the police come — he’s handcuffed on the curb. Then he makes a run for it, and the police tackle him. I’m having a cigarette, looking around at our entire cast and crew lit to the gills, and I’m thinking, ‘This is gonna be the greatest show ever.’”