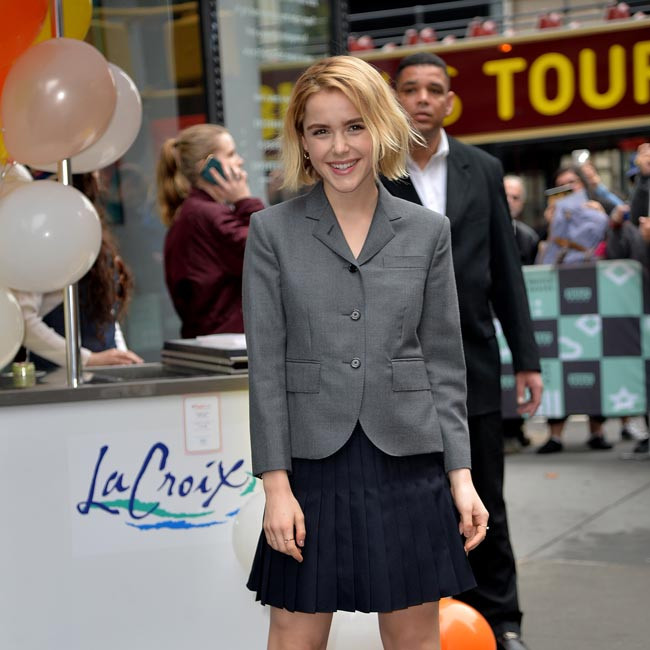 Kiernan Shipka cast in Red One

Kiernan Shipka is to star in 'Red One'.

The 22-year-old actress will feature with Dwayne 'The Rock' Johnson and Chris Evans in Amazon Prime Video's Christmas movie.

The film is being directed by Jake Kasdan and has been billed as a globe-trotting, action-adventure comedy imagining a whole new universe to explore in the holiday genre.

Amazon Studios have developed the movie from an original story by Hiram Garcia – President of Production at The Rock's Seven Bucks Productions company – and landed the film after a competitive bidding war.

'Red One' is expected to be released over the Christmas period in 2023.

Kiernan shot to fame as a child after playing Sally Draper as a child in the hit drama series 'Mad Men' and revealed that she took the part for granted until the show came to an end in 2015.

She said: "I miss just knowing what Sally's next move is.

"I took for granted playing a character and always being aware there was lots to come.

"To know that story is wrapped up now is so bittersweet because you got the opportunity to do so much but you just want to so more."

Despite being catapulted to stardom at a very young age, Kiernan claims that she was still able to have a "normal" childhood.

She explained: "I was lucky - I lived the most normal childhood that I could have, given my circumstances.

"My friends' parents were more concerned with my acting than my friends were.

"As I got older, and my character got stronger scenes, people started paying more attention and taking photos, but it was slow.

"I learned to handle it the right way."