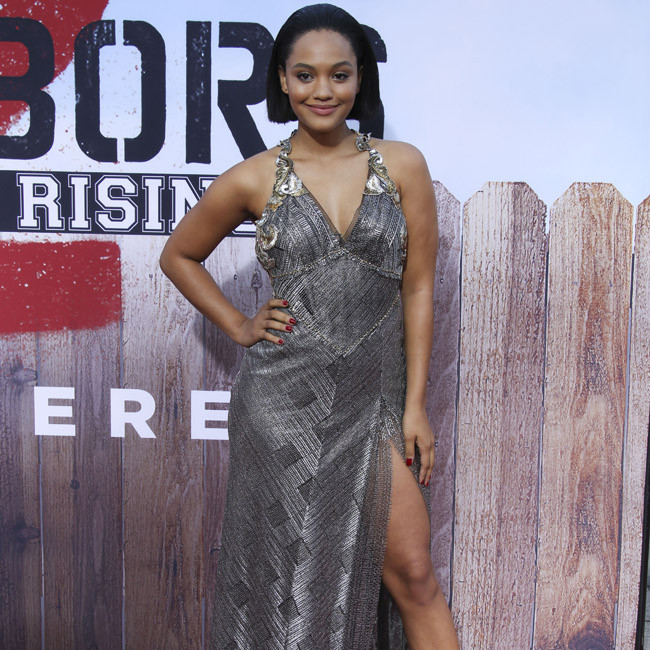 Kiersey Clemons confirmed for The Flash

Kiersey Clemons will play Iris West in 'The Flash'.

The 27-year-old actress was originally cast in the role in 2016 when the movie was first announced and shot scenes as the character for 'Justice League', but her scenes were cut by director Zack Snyder before he left the project.

However, the filmmaker - who was replaced by Joss Whedon towards the end of the project after stepping down for personal reasons - has reinstated the character for his upcoming four-hour cut of the movie, and Kiersey is now also back on board for the stand-alone film.

As well as Kiersey as Iris - who is depicted in the comics as a crusading journalist and family friend of Barry Allen/The Flash, who becomes his romantic partner and a fellow crime-fighter - and Ezra Miller in the lead role, the as-yet untitled film will also feature Sasha Calle as Supergirl and both Michael Keaton and Ben Affleck portrating their different versions of Batman/Bruce Wayne.

Billy Crudup, who was cast as Barry's father and appeared in 'Justice League', is also likely to feature.

'It' director Andy Muschietti will start shooting the DC Extended Universe movie in London from a script by Christina Hodson.

Warner Bros. are planning to release the film in November 2022.

It was recently revealed Andy had watched over 400 auditions before casting Sasha as Supergirl.

He said: "I saw more than 400 auditions. The talent pool was truly amazing and it was very hard to make a decision, but we finally found an actress who was destined to play this role."

The actresses did not know which part they were reading for until late in the process with Sasha performing a chemistry read on Zoom with 'The Flash' star Ezra Miller.

Supergirl has previously been played by Helen Slater in the 1984 film and later by Melissa Benoist in the Warner Bros. TV series.