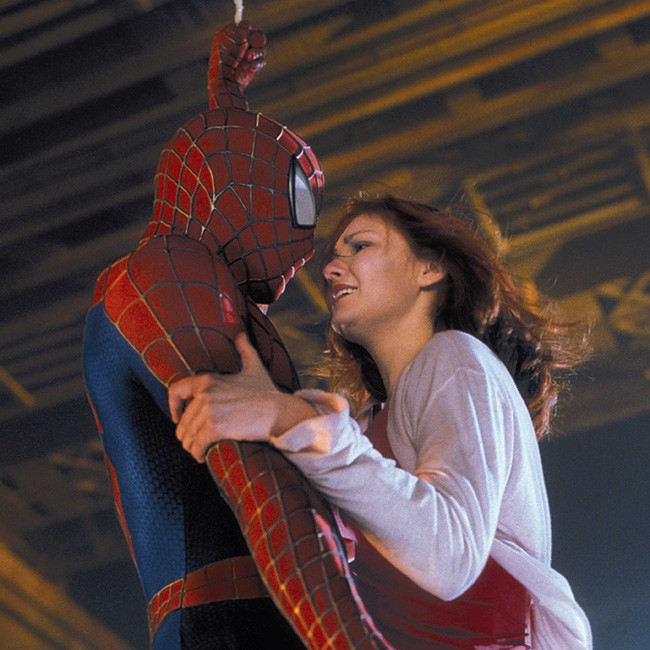 Kirsten Dunst would've appeared in 'Spider-Man: No Way Home' if she had been "asked".

The 39-year-old actor portrayed Peter Parker's love interest Mary Jane Watson in three 'Spider-Man' movies from 2002 to 2007 opposite Tobey Maguire, who appeared in the titular role.

And after Maguire and fellow former 'Spider-Man' actor Andrew Garfield appeared in the new superhero movie, Dunst has admitted she would've been keen to play Watson again.

"I would have participated, if asked."

Dunst admitted she is yet to see the movie, but has watched "some clips".

One of the most memorable moments of Dunst and Maguire's first turn as Watson and Parker in 2002's 'Spider-Man' - which was directed by Sam Raimi - saw the two characters involved in an iconic upside-down smooch.

And Dunst recently admitted she studied “famous kisses” before her rain-soaked Spidey smooch.

She said: "I did not feel like it was a famous kiss because Tobey was ... water was getting up his nose because of the rain, and then he couldn't breathe in the Spider-Man suit, and then ... and it just felt very late at night.

"I didn't think about it that way. But the way it was presented to me, Sam gave me this book of famous kisses, so that made me realize how romantic and special Sam wanted this to be. Even though it wasn't necessarily feeling that way with Tobey hanging upside down."

In 2002, Maguire admitted he “couldn’t breathe” and was “gasping for breath out of the corner of Kirsten’s mouth” when they filmed the kiss.

He said at the time: "Poor girl. I was giving her mouth to mouth rather than kissing her.”