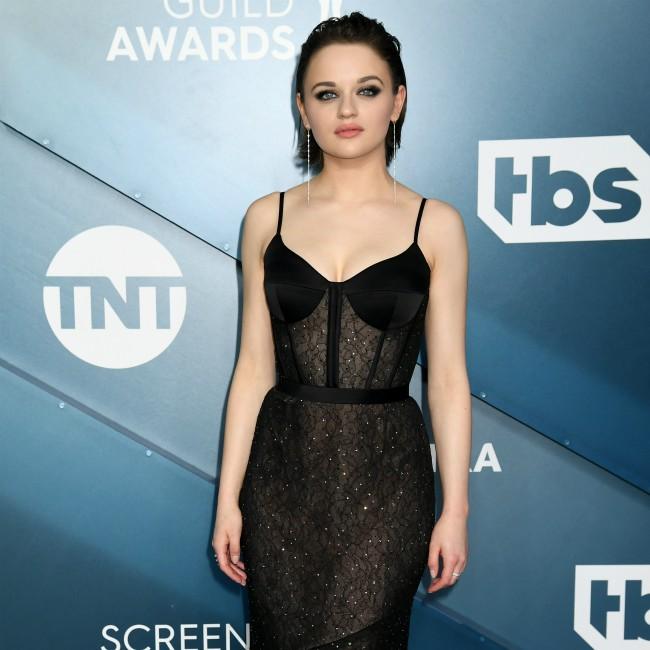 'The Kissing Booth 3' has already been filmed.

The second movie in the teen drama series has only just debuted on Netflix but its stars have revealed they shot a third installment in the franchise at the same time as the sequel.

The film - which will see Joey King and Jacob Elordi return as Elle and Noah respectively alongside castmates Joel Courtney, Taylor Zakhar Perez, Maisie Richardson-Sellers and Molly Ringwald - is currently in post-production and will debut on Netflix in 2021.

Joel said: "We filmed two and three at the exact same time."

Joey admitted during a YouTube event with the cast on Sunday (26.07.20): "It was the hardest secret to keep... In one day we'd be filming both."

The cast thanked fans for their support for the franchise and admitted they were pleased it would continue.

Joey said: "The explosion of love has been so real."

'The Kissing Booth' was based on Beth Reekles' self-published coming-of-age novel and became Netflix's most rewatched movie in 2018, despite negative reviews.

The second film followed Noah heading off to Harvard while his girlfriend Elle starts her senior year of high school in Los Angeles, and the struggles a long-distance romance brings, with problems arising thanks to the introduction of two new characters, Marco (Taylor Zakhar Perez) and Chloe (Richardson-Sellers).

The third movie will pick up immediately after the second, with Elle figuring out where to attend college.

"The Kissing Booth" films are based on the book series by Beth Reekles. Vince Marcello will again return to the series to direct 'The Kissing Booth 3', from a script he wrote with Jay Arnold.