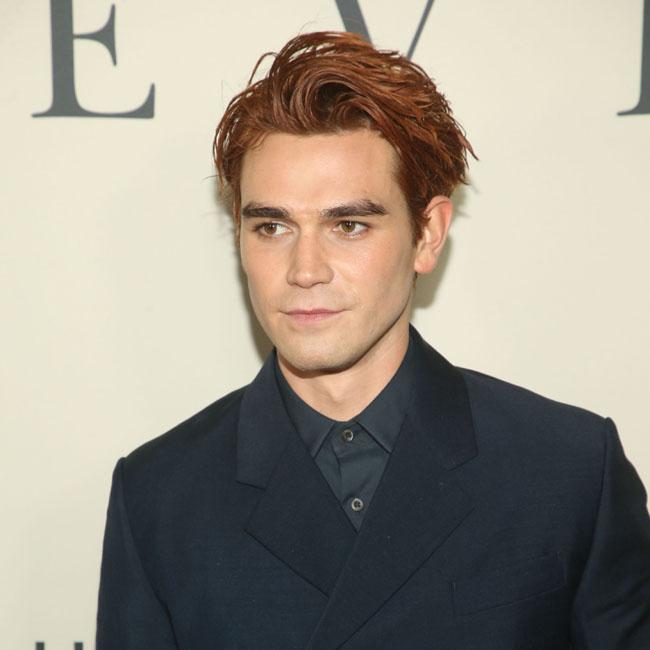 The 'Riverdale' star and 'Descendants' actress have been unveiled as the lead stars of the upcoming movie - which is set two years in the future when the coronavirus pandemic is still present.

Apa plays a key worker with a rare immunity and Carson plays his girlfriend who he is unable to see in person as she's stuck at home amid a reimposed lockdown after a more deadly virus continues to mutate.

The synopsis is as follows: "Told from street level through the eyes of the characters,'Songbird' takes place two years into the future, as lockdown has been re-implemented after a more serious virus continues to mutate. In a feeble attempt to keep the sickness contained, the city has been bisected into haves and have nots. The film centers around an essential worker (Apa) who has a rare immunity, a delivery man who delivers goods and hope throughout the city. Like the vast majority of the population, his girlfriend (Carson) is locked within her home, and the couple have no ability to physically be together. To be with the one he loves, our hero must overcome martial law, murderous vigilantes and a powerful, well connected family, helmed by a matriarch (Demi Moore) who will stop at nothing to protect her family and maintain her way of life. "Songbird" is a story about the resilience of the human spirit and the idea that hope is worth fighting for."

Adam Mason is helming the motion picture, with Michael Bay co-producing along with Adam Goodman.

'Songbird' was put in doubt at first after the SAG-AFTRA union ordered its members to avoid the project.

However, Bay recently insisted he thinks the do-not-work order on his film was caused by a "money thing".

The filmmaker - whose movie has since been given the green light - said: "We worked out the safety issues months ago, and we resolved (the latest issue with the unions) over the weekend.

"I don't even think it was a safety issue. It was a money thing."

Meanwhile, the 'Transformers director hinted there is a "special sauce" to make sure the production is shot safely amid the real-life pandemic.

He explained: "We are literally going to be the first film to shoot in LA. And we have a kind of special sauce with how we're doing it where there's zero contact."