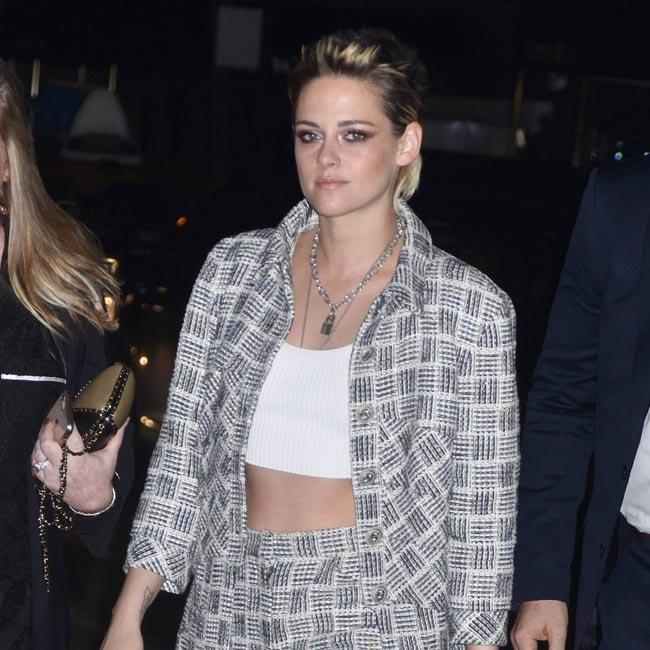 Kristen Stewart thinks it would have been "silly" for her to play Catwoman opposite Robert Pattinson as Batman.

The 29-year-old actress' fans had campaigned for her to land the role after her former boyfriend and 'Twilight Saga' co-star was announced as the latest actor to portray the Caped Crusader and though the 'Underwater' star admitted she'd have had a "blast" as the character, she's pleased the part went to Zoe Kravitz.

She told 'Entertainment Tonight': "That would be silly. No not at all.

"I mean, obviously that would [have been cool]. I've been watching 'Batman' since I was a little kid, every iteration of that series.

"That would've been a blast, but also I am, like, really good friends with Zoe."

Kristen is "so proud" that Robert has landed the role and can't wait to see 'The Batman' when it's released.

She added: "And obviously, I am so proud of Rob doing this whole [project].

"I can't wait to see this movie. So, like, sure, that is a funny idea but the real version is going to be sick."

For now, Kristen is focusing her attentions on her latest movie 'Underwater' and admitted she struggled filming the thriller - which is about crew members on a research station seven miles below the ocean being terrorised by mysterious creatures - because it triggered her claustrophobia.

She explained: "I found that any day we had to go down into the submersible suits, was really truly harrowing.

"I'm really claustrophobic so some of the other actors really enjoyed going underwater, I did not.

"I think I took Xanax and cried on the days I had to actually go under the water...Not to sound dramatic, I know it's hard to hear actors complain how hard movies are to make, but this one genuinely, actually was like, I think a primary plot of the movie is us getting through making this movie."

But the actress was pleased to have a "good excuse" to shave her head for the role.

Discussing her character, she said: "She isn't very nice to herself in the beginning of the movie. She's a sad person who is, 'Yeah, I don't need to be pretty, I don't need to have anything holding me down.'

"Slash, I just really wanted to shave my head and this gave me a good excuse."