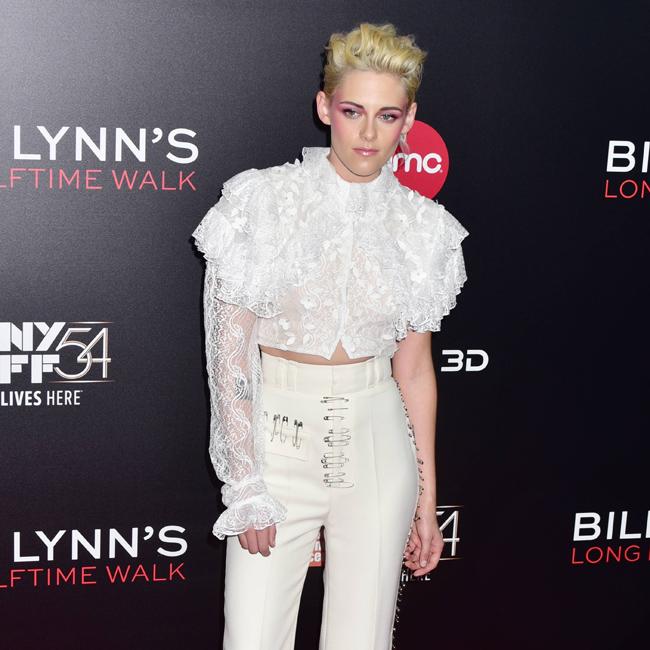 Kristen Stewart accepted 'Charlie's Angels' because she wanted to do something "fun".

The 29-year-old actress decided to take on a role in the recent action film because she wanted a "not-so-harrowing experience" on set.

She said: "I wanted to do something fun. I was in the mood for a not-so-harrowing experience. Liz Banks, who directed the movie and wrote it, is really good at normal funny. I was in good hands. I knew that. The movie is so warm. I'm proud of the way that it makes me feel."

However, Kristen confessed she enjoys the harrowing sets more because they're "fun in a weird way".

Speaking to Variety for their Actors on Actors segment, she added: "Probably the harrowing kind, because it's just more fun in a weird way. Honestly, hanging on set with the girls and laughing all day and thinking of silly stupid stuff to say was really fun, but we did it for five months. I was like, 'Oh my God. I'm still being a goofball.' I like sprinting. The thing about big movies for me is I don't know the difference other than it's just so long. You spread things out over such a long period of time. I can't harness things in the way I can when it's short. Long movies scare me a little bit because I feel like I'm going to want to get the hell out of there, man."

She said: "It was really fun. Liz is really funny. It was her idea to revive the movies. I'd never worked with her before but I've always been a huge fan. Tonally we're so different - she can squeeze a joke or a laugh out of anything and I'm the furthest from that.

"I was so thankful and ultimately she wrote a really warm, grounded - also very silly, stupid, sometimes slapstick - but also really well-intentioned movie. It's rad. These girls are actually smart and it's about women who are friends and who are good people working together ... It didn't lose the kitschy thing because she's really f***ing silly."