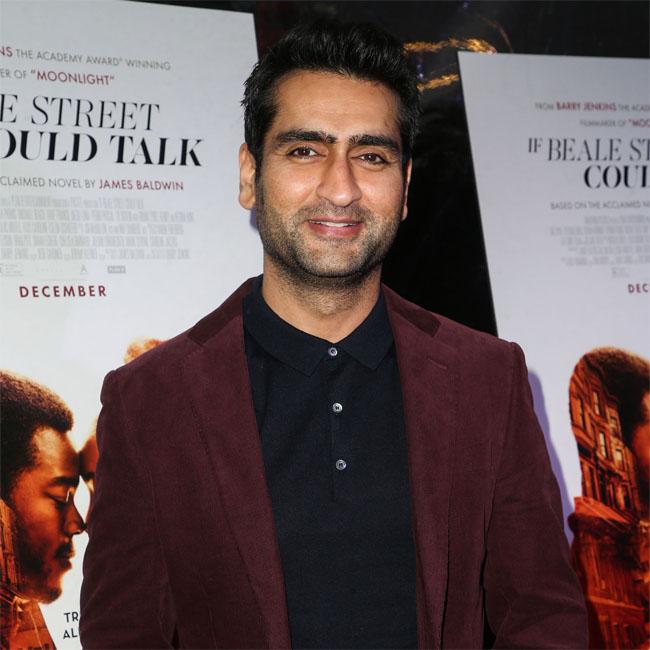 Kumail Nanjiani promises The Eternals is 'worth the wait'

Kumail Nanjiani says 'The Eternals' will be "worth the wait".

The 42-year-old actor will star as Kingo in the upcoming Marvel Cinematic Universe film and assured fans that the movie will live up to expectations, although he is also "in the dark" in regards to news about the flick.

Kumail tweeted: "I know there isn't much news yet! I'm in the dark too, trust me. I can't wait for it, whenever it comes.

"But I promise the movie will be worth the wait. It's the most exciting, fun, epic, thrilling, hilarious & moving project I've ever been part of."

Kumail also hinted at the "massive" scale of Chloe Zhao's movie and how he "awestruck" by the sets as he filmed.

'The Lovebirds' star explained: "And it's massive. The scale of it is unlike anything I've ever seen. I would walk on to shoot and be awestruck by the sets every day."

Nanjiani previously revealed that the film, which is slated for release in February 2021, contains a Bollywood dance scene that required "months" of training.

He said: "I took months of Bollywood dance classes to prepare for that.

"It's really a workout ... and you know there's like 52 dancers, and 51 of them are professional dancers, and then there's me."

Kumail also gave some context to the scene, as his character becomes a Bollywood star in the film, even though his character is an Eternal, an immortal alien race who are secretly living on Earth.