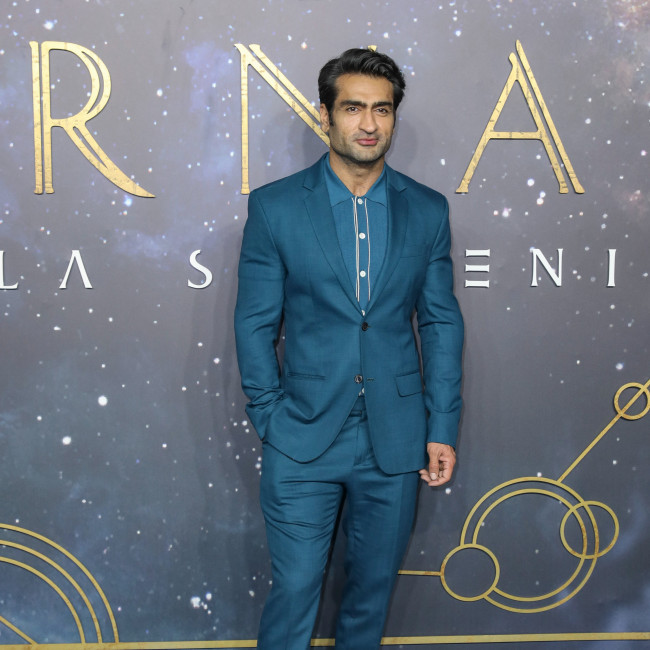 Kumail Nanjiani would ‘love’ to play Kingo in ‘Eternals’ sequel

Kumail Nanjiani would “love” his character Kingo to return in a potential ‘Eternals’ sequel.

The actor, 44, said he dreamed of coming back as the warrior when asked about a claim from his co-star Patton Oswalt, 53, who played Pip the Troll in the 2021 superhero film, saying a follow-up was already in the works.

Kumail told the ‘Bingeworthy’ podcast by ‘The Playlist’ about the rumour: “I have no idea. I don’t think Patton was right. I think that there was a hoax website – one of those where it’s like one letter off from the real one.

“They tweeted it, and it spread around and I think that’s what Patton saw. I honestly don’t know anything.

“I would love for Kingo to come back. I love playing that character. That one’s very fun to play, you’re just in a good mood.

“You do finger guns, you’re like a movie star – what’s not to love? You’re just in a good mood the entire time.”

Patton had told ‘Today’: “They have announced there’s going to be an Eternals sequel. Chloé Zhao is going to direct it.

“So, hopefully, there will be more adventures of Starfox (played by Harry Styles in ‘Eternals’) and Pip.”

‘Eternals 2’ has not been announced by Marvel but Kumail added that he “would love to come back” as he loves “what the MCU is doing now”.

He said: “I just saw ‘Black Panther 2’ and I was really, really blown away. So, I’d love to come back, but I genuinely have no idea if or when.”

Kumail last year said he wanted use Kingo to break down stereotypes of Middle Eastern characters on screen.

“With nerdy goes ‘weakling’, and I wanted him to be the opposite of that and to be strong physically.