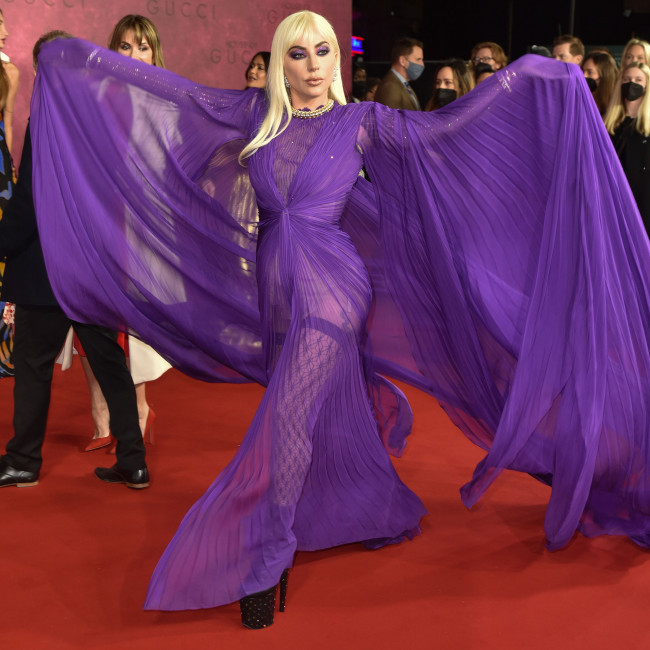 Lady Gaga: I needed to use Italian accent at all times for House Of Gucci

Lady Gaga thought it was "extra important" to adopt an Italian accent in everyday situations for her role in 'House Of Gucci'.

The 35-year-old star features in Ridley Scott's new flick, which tells the story of Patrizia Reggiani (Gaga) – who was convicted of hiring a hitman to kill her ex-husband Maurizio Gucci (Adam Driver) – and spent months perfecting her character's Italian accent.

Gaga admits that it was particularly useful to use it in mundane situations such as shopping trips.

The pop star told the Metro newspaper: "Times like that I found it extra important. Because I dyed my hair brown and was wearing a Covid mask, I could interact with someone at the grocery store and practice having conversations with the accent without them knowing it was me."

Gaga explained that she wanted the accent to be "naturally ready" in her body when she was on set for the movie.

The 'Bad Romance' hitmaker said: "I didn't just want to use the accent on set – I would never have been ready.

"I wanted the accent to be naturally ready in my body so when I was working, it was the last thing I was thinking about."

Gaga revealed that she noticed similarities between herself and Patrizia and says that she wanted to "inject humanity" into her alter ego.

She said: "I wanted to inject the humanity of Patrizia into the character. And there's a piece of Patrizia that reminds me of a part of myself, meaning that she wants to be famous but she wants to control the narrative."

Gaga's co-star Jared Leto admits that he was impressed with her method acting approach.

He said: "Everybody has a method, whether it's eating a cheeseburger before a scene or FaceTiming your mom.

"Everybody has their own approach and if you're extra prepared and even more committed, then fantastic. It's exciting for me to work with people like that."