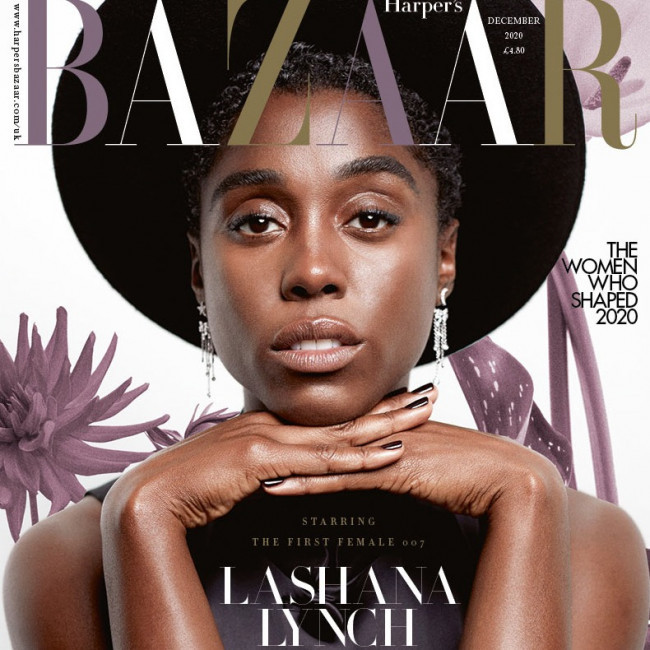 Lashana Lynch: No Time to Die had to be authentic to the black community

Lashana Lynch wanted to represent the black community authentically in 'No Time to Die'.

The 32-year-old actress will star in the highly-anticipated James Bond film as Nomi and becomes the first black woman to play a 00 agent in the iconic spy series and revealed she "searched" for moments in the script that black audiences could identify with.

Lashana said: "A character is too slick, a cast-iron figure? That's completely against what I stand for.

"I didn't want to waste an opportunity when it came to what Nomi might represent. I searched for at least one moment in the script where black audience members would nod their heads, tutting at the reality but glad to see their real life represented.

"In every project I am part of, no matter the budget or genre, the black experience that I'm presenting needs to be 100 per cent authentic."

There is an increased female influence on the latest Bond flick with Lashana joined in the cast by actress Lea Seydoux (Dr. Madeleine Swann), Naomie Harris (Eve Moneypenny) and Ana de Armas (Paloma) while 'Fleabag' creator Phoebe Waller-Bridge has helped pen the script for Daniel Craig's final movie as 007. Lashana believes that her role is significant for gender equality.

She told the latest issue of Harper's Bazaar magazine: "We're moving away from toxic masculinity, and that's happening because women are being open, demanding and vocal, and calling out misbehavior as soon as we see it."

Lashana's role in the film gained extra poignancy as she was able to film in Jamaica, the homeland of her parents.

The 'Captain Marvel' actress said: "(It has given me) a deeper understanding of what I've chosen to do, of the people I do it for. Understanding the privileges as a British-born Jamaican that my parents and grandparents gave to me because they came to England.

"In a way, it serves as a 'thank you' to them for making the sacrifice."

Read the full interview in the December issue of Harper's Bazaar, on sale from 5 November 2020.