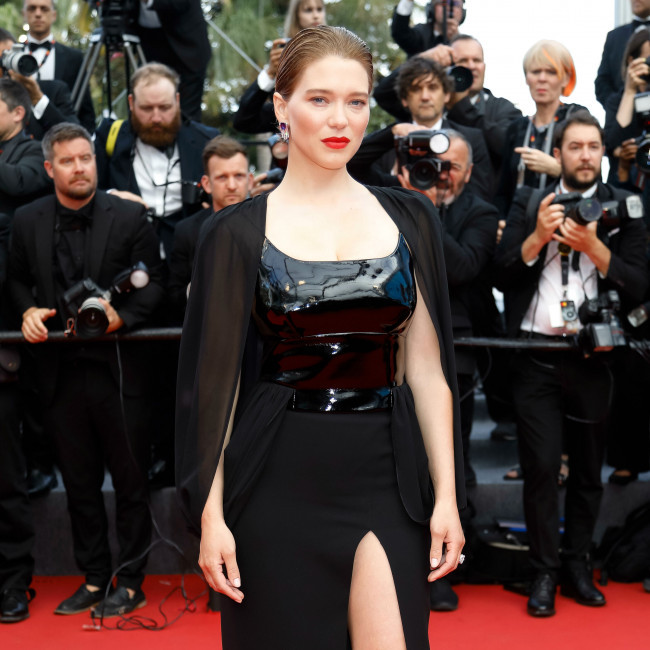 Lea Seydoux was heartbroken by No Time To Die ending

Lea Seydoux was left devastated by the ending of 'No Time To Die'.

The 36-year-old star played Bond girl Madeleine Swann in the 007 blockbuster - which ended in the death of Craig's version of the spy - and Lea was heartbroken by Bond's tragic end.

In an interview with Den of Geek, Lea said: "I still can't believe that that's what they decided, that he's gone. I remember that when I read the script, I knew it and I had to keep the secret."

Despite the death of Craig's version of Bond, Lea hopes that the franchise continues with a new face stepping into the role of 007.

The 'Crimes of the Future' star said: "It made me sad, actually, it made me really sad. But I hope they will find a new way to – you know they will find something else."

The decision to kill off Craig's Bond in 'No Time To Die' has divided opinion – with James Bond author Anthony Horowitz saying it was the wrong move - but the actor himself was "very satisfied" with the conclusion, where Bond sacrificed himself to save partner Madeleine and his daughter Matilde (Lisa-Dorah Sonnet).

Daniel, 54, said: "There were lots of different ideas that came and went and some of it stuck. The through line of this is family (and) love, plus the fact we had an end so it was about hanging the film off that."

The star described the dramatic ending as "a massive collaborative effort" and praised director Cary Joji Fukunaga for putting it all together.

Daniel explained: "That was the headline really: just make it better. So we all input into it in varying ways. I tend not to shut up or keep my mouth shut about things and the only reason I want to get involved is because I just want it to be the best it can be.