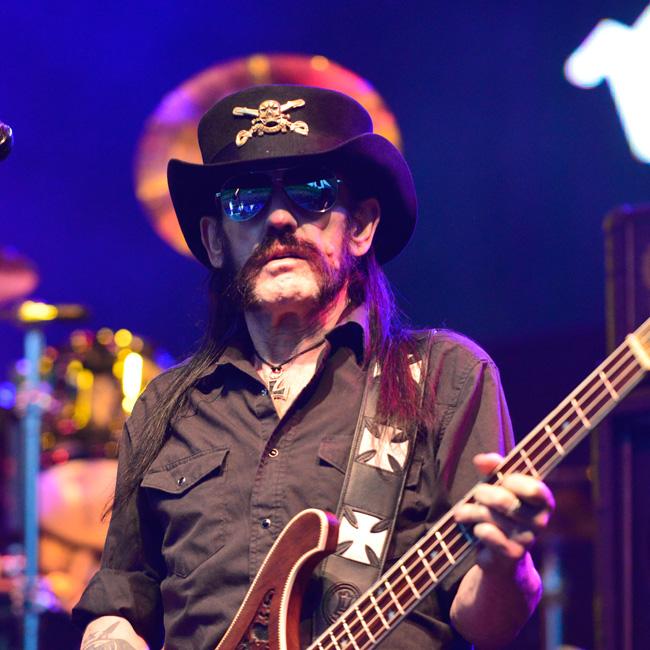 Lemmy biopic in the works

A biopic about late Motörhead frontman Lemmy is in the works.

The 'Ace of Spades' hitmaker's life before he joined the heavy metal legends will be showcased in the upcoming movie, 'Lemmy', which is being directed by Greg Olliver, who helmed the 2010 documentary of the same name.

The film aims to show the "compelling, complicated and lion-hearted man" Lemmy - who passed away in December 2015, at the age of 70, a short while after being diagnosed with cancer - was behind the "rock 'n' roll façade".

It will also detail his early life, working as Jimi Hendrix's roadie and his stint in Hawkwind.

In a statement issued to The Hollywood Reporter, the filmmaker said: "Everything you've heard about Lemmy is probably true ... not because he was embracing rock n' roll clichés, but because he was creating them.

"Marlboro Reds and Jack Daniel's for breakfast, speed for dinner -- all true.

"But behind that steely-eyed façade of rock 'n' roll was also a compelling, complicated and lion-hearted man who stayed the course and never gave up playing the music that made him happy.

"We've been carefully developing this biopic since 2013, making sure to stay true to Lemmy, Motörhead band members Phil Campbell and Mikkey Dee, and all the other folks that played important roles in Lemmy's life. This will be a film they'll be proud of."

The biopic - which has been in the work for seven years - will be produced by Andre Relis and Damon Lane. Whilst Motörhead's manager, Todd Singerman, is listed as an executive producer with Steffan Chirazi.

Medeni Griffiths is said to be penning the script with the help of Greg.

The latter had previously made hints about a future Lemmy biopic shortly after his death, when he said he'd like late James Bond actor Sir Roger Moore - who died in 2017 - to play the rock icon.