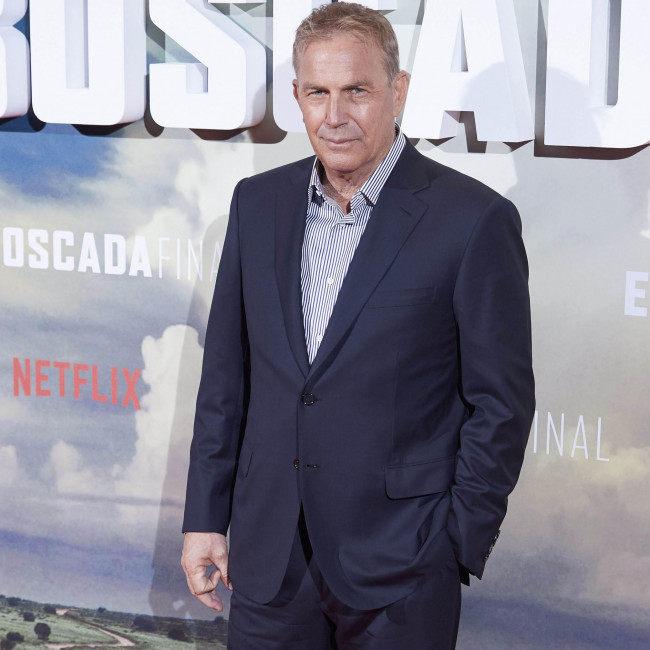 Let Him Go is no Western, says Kevin Costner

Kevin Costner doesn't think of 'Let Him Go' as a Western.

The 65-year-old actor stars as retired sheriff George Blackledge in Thomas Bezucha's movie but feels that the movie differs from a typical Western despite the characters and 1960s setting.

Kevin said: "I don't think of it like that, just as I don't think of 'Star Wars' as a Western in space. I thought of this as a movie set in the (60s) and people in the Midwest, they still raise animals and they have horses, and once in a while they have to arbitrate their own problems. Which is kind of what the west was about."

The film – which is adapted from Larry Watson's novel of the same name - centers on George and his wife Margaret (Diane Lane) as they set out to rescue their daughter-in-law and grandson from a dangerous off-grid family and Kevin revealed that he simply viewed the project from its plot.

The Oscar-winning star told CinemaBlend: "I saw it as a man with a long relationship with a woman, a hard headed woman, a woman who morally thinks she's right, ethically she is right, but the reality of what she wants to do is really a threat.

"It's a bigger threat to her than she can imagine, and my character sees it very very clearly, and he stoically, begrudgingly, he goes along to protect her."

Kevin's co-star Diane agreed with him and suggested that the flick is more of a "timeless story".

The 55-year-old actress said: "In this story, I'm married to Kevin Costner, he's been a sheriff for over 30 years. He's retired now, so I think there's something about the sheriff, also, that makes you think of Westerns. But I'd say it's kind of a timeless story, I don't really think of it as being (a Western)."