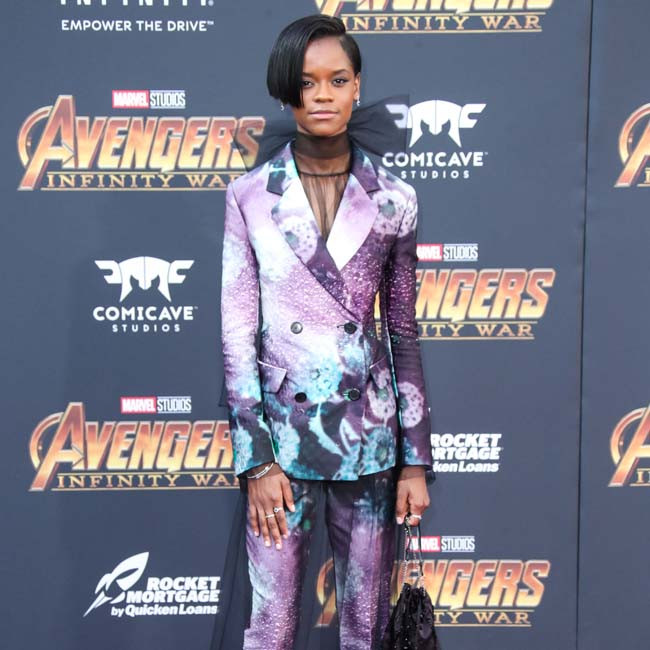 The 26-year-old star has played the role of Shuri in 'Black Panther' and two 'Avengers' flicks and believes that an all-female superhero ensemble will come to fruition in the Marvel Cinematic Universe as it already has the backing of producer Victoria Alonso.

Asked about the possibility of a female team-up, Letitia said: "I don't think we have to fight for it. Victoria Alonso is very strong about spearheading it, alongside Kevin (Feige, Marvel chief). It's only a matter of time before they do it."

'Captain Marvel' star Brie Larson revealed last year that she and her castmates have approached Kevin about the possibility of making an all-female superhero movie.

The 31-year-old actress explained: "I will say that a lot of the female cast members from Marvel walked up to Kevin and we were like, 'We are in this together, we want to do this!'

"What that means, I have no idea. You know, I'm not in charge of the future of Marvel, but it is something that we're really passionate about and we love and I feel like if enough people out in the world talk about how much they want it, maybe it'll happen."

Meanwhile, Letitia opened up about how special it was to star in 'Black Panther', the first motion picture from Marvel to feature a predominantly black cast.

The 'Guava Island' actress told Yahoo! Entertainment: "It was always a dream of mine to play someone that can be impactful not only for black women but also just for women around the world and young people, too.

"To be able to have a combination of people and audience members who are so thrilled and appreciative of Shuri is a good feeling. I feel like I contributed something positive in the world."