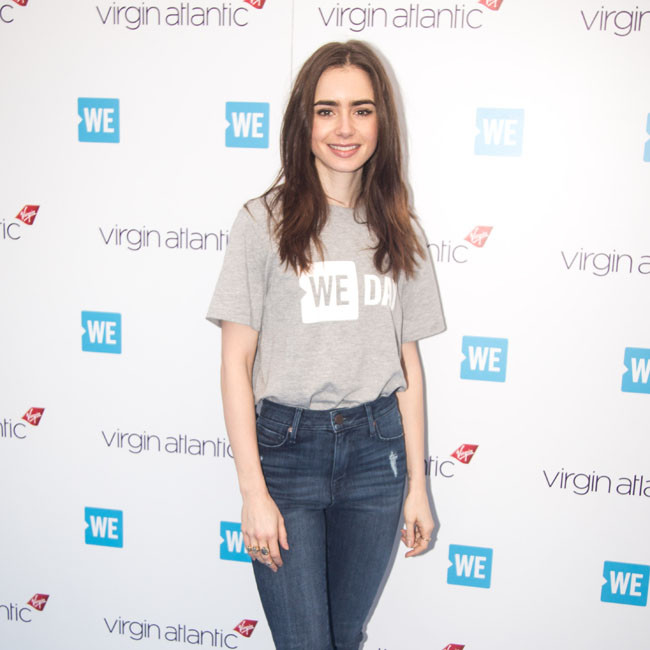 The 32-year-old actress will take on the role of the titular miniature doll in an upcoming movie which ‘Girls’ creator Lena Dunham is both writing and directing.

Lily will also produce the movie in addition to playing the lead role, which will see her bring the famous character – who first captured kids’ hearts in the late 1980s – to life on the big screen.

The film will centre on a young girl and a pocket-sized woman who form a friendship, although further plot details and castings are not yet known.

In a statement, Lily said: “As a child who was obsessed with Polly Pocket, this is a real dream come true and I can’t wait to bring these tiny toys to the big screen.”

The film is being produced with Mattel Films alongside Metro-Goldwyn-Mayer (MGM), as well as Lena’s production company, Good Things Going.

Robbie Brenner and Kevin McKeon will oversee the project for Mattel Films, while Sandino Moya-Smith and Winnie Carrillo will head things up for MGM, and Good Thing Going’s Liz Watson and Michael P. Cohen will serve as executive producers.

Lena, 35, has said she’s “thrilled” to be bringing the project to life, and said she’s keen to make the movie “smart” and “playful” in order to speak to young women “without condescension”.

She added in her own statement: “Polly Pocket was responsible for countless hours of childhood escapism for me - Polly gave me a tiny world of magic and autonomy to narrate, so it’s pretty poetic to be tackling these same ideas now as a director collaborating with the brilliant Lily Collins, Robbie Brenner, Mattel and MGM. I’m so thrilled to bring to bear both my love of this historic property and also my deep-seated belief that young women need smart playful films that speak to them without condescension.”

As of the time of writing, the film does not have a release date.