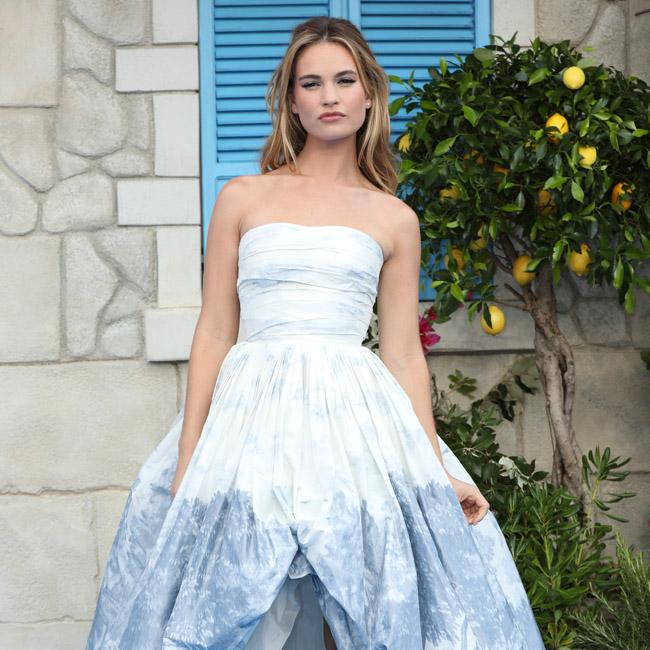 Lily James will star in 'The Paris Trap'.

The 31-year-old actress will start shooting the thriller, which will be directed by Pablo Trapero, in Paris early next year.

The movie sees the brunette beauty portray a young American woman who, while visiting France, gets caught up in a secret international government operation and must play the part to save her own life.

The part of the woman's handler, who helps her find her way out of the trap, has yet to be cast.

The movie will be presented to potential buyers at the upcoming virtual Cannes Market.

The film is the second new project to be announced for the 'Cinderella' star in just a few days.

The movie is loosely based on the true story of Texan woman Peggy Jo Tallas, who robbed banks while dressed as a man.

'Patriot Games' director Phillip Noyce will take the helm on that film, much to the delight of producer Simon Brooks.

He said: "I have been looking to make a movie with Phillip Noyce for years and Peggy Jo is finally the one. It is a great emotive and thrilling story that will capture audiences worldwide."

Lily previously explained she likes to get into her movie roles by going for costume fittings and says that is where she is able to pick up the "internal rhythm" of the character.

She said: "When I'm filming, the first costume fitting is often where I start understanding how the character moves and stands - their internal rhythm. I'm definitely a physical, sensual person. I like photo shoots - I love shapes and movement. How I move my body makes me feel something."