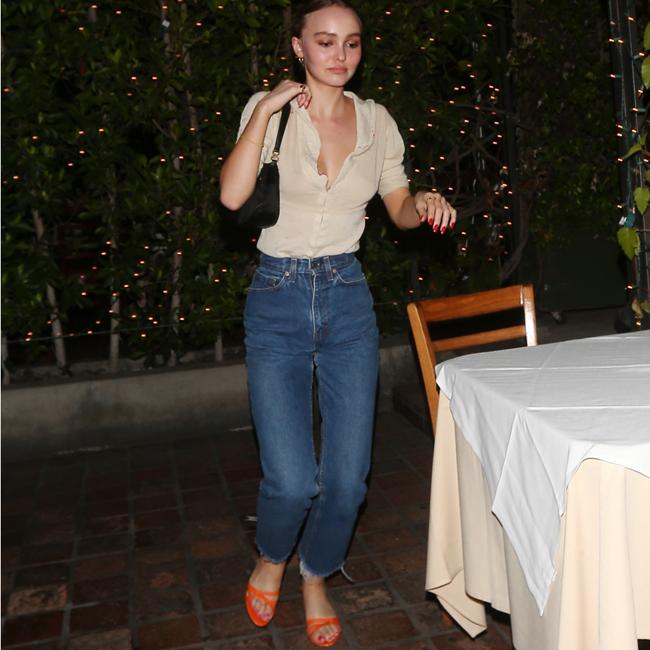 Lily-Rose Depp was "intimidated" by the idea of working with Timothee Chalamet.

The 20-year-old actress admitted the idea of sharing the screen with the 'Call Me By Your Name' actor - who she is now rumoured to be dating - in their new movie 'The King' was "nerve-wracking" because he's so talented but ultimately she decided she could only learn from someone "so great" at their job.

He told 'Entertainment Tonight': "It's always exciting to work with somebody who you know has given themselves so wholeheartedly to their role and is so invested.

"It can be nerve-wracking to work with people whose talent you admire so much, but hopefully it can only make things better...

"It can be intimidating. But I think you can take it like that, or like, 'How lucky am I to be working with so many people who are so great at what they do, and hopefully I can learn from them.' "

And Lily-Rose - who plays Catherine of Valois opposite Timothee as King Henry V - admitted it was also daunting having to "do justice" to playing a real-life person.

She said: "It was really, really incredible. I loved the research process and just delving into who Catherine is as a person.

"It can be intimidating to play a real-life person, but I think it just adds to the desire I had to do her justice and do as best a job I could.

"Everybody who worked on this project, whether it was in front of or behind the camera, was so impressive, and I was just so excited to be a small part of it."

The 'Yoga Hosers' star was the first person to audition for her role in 'The King' and director David Michôd was instantly blown away.

He said: "I was knocked over by just how poised and still and powerful she was.

"That is not just a testament to her talent, but also to [how] she's been around the circus for a while."