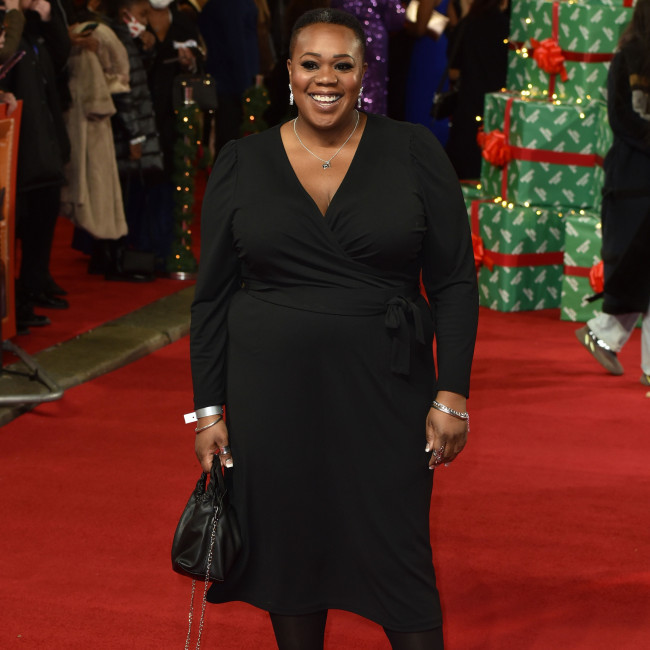 The actress plays Auntie Valrie in the new festive flick that is notable for its all-black cast – which includes Little Mix singer Leigh-Anne Pinnock in her acting debut – and feels that the project is particularly relevant amid the backdrop of the Black Lives Matter movement.

Lisa exclusively told BANG Showbiz at the premiere in London this week: "It felt fantastic, it felt right, it felt timely.

"I think the last couple of years have been difficult with Black Lives Matter and so having a film that celebrates black lives, black love, black excellence, black families is so important.

"This is not a film that is based around gang culture or drugs, this is completely in the opposite direction. People are going to love it because it shows a black family as a normal everyday family, it's beautiful."

'Boxing Day' has been co-written and directed by Aml Ameen – who also stars as the main character Melvin – and Lisa says he created a fun environment during filming.

She recalled: "There was music playing all the time, so in between takes Aml would just put music on so we would be dancing and jamming to the music, but I think it was technical as well to try and create the close-knit bond of the family but it also just created a fantastic vibe on set."

Lisa added that it was "important" that the film explores black British culture.

She explained: "It is a film very much rooted in the UK and it's really important to celebrate our black culture because it's rich and vibrant and it's wonderful to see that on the big screen."