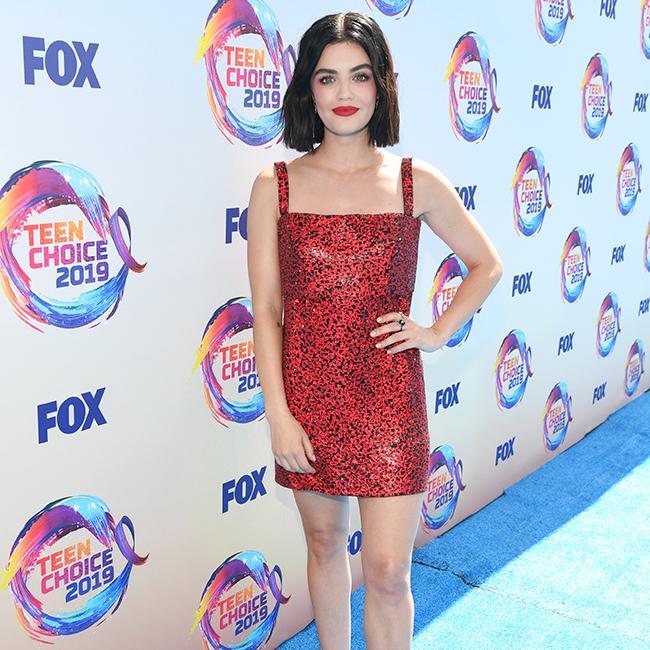 Lucy Hale was "mortified" by her audition for 'Fifty Shades of Grey'.

The 31-year-old actress tried out for the role of Anastasia Steele in the adaptation of E.L. James' novel but found that the "sexually forward" monologue "scared the c*** out of her".

Lucy recalled: "I was very young. I forget.... it had to have been, not 10 years ago, it was a while ago and I was mortified.

Hale - who missed out on the part to Dakota Johnson - added: "I was a little naive about it all, but yes, I did audition. I obviously didn't get the part, but it was good for me because it scared the c*** out of me to do an audition like that."

Lucy is also starring in 'A Nice Girl Like You', which follows her character as she makes a sex to-do list so she can become more adventurous in bed, and revealed that she attended a sex convention to help her prepare for the project.

"Stuff I've never seen before. There were some things in the movie that I had never heard of or done. So, I did it to broaden my horizons."

Lucy revealed that she was "blushing" when she first read the script but signed up for the part as she wanted a challenge.

She explained: "I play a girl named Lucy Neal, which is crazy. It was written as that Lucy Neal, Lucy Hale, I was like, 'This is meant to be.' But, the whole time I was reading it, I was just laughing my butt off. And it made me feel uncomfortable, like really uncomfortable, so I knew that I had to do it."