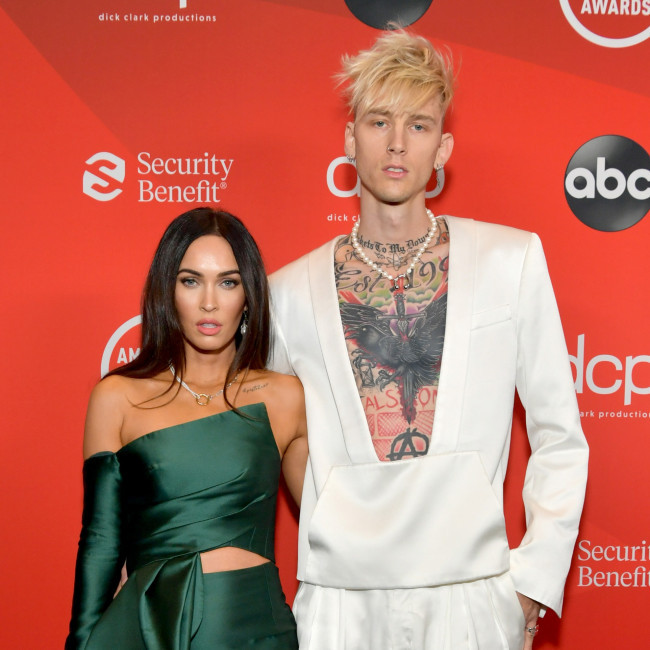 Machine Gun Kelly based the plot of his new movie ‘Good Mourning’ on a rocky time in his relationship with Megan Fox.

The musician makes his directorial debut with the film, and his co-writer and co-director Mod Sun has revealed the movie was inspired by texts between MGK and Megan which left the star worried she was about to dump him.

During a chat with Us Weekly, Mod explained: “It’s inspired by true events. When Kells (MGK) started his relationship with Megan, she left the country to work on a film.

“She had terrible (cell phone) service where she was (but) would text whenever she could.”

Mod then revealed MGK was left concerned by the messages and went to all his friends to ask their opinion on whether she was about to break their romance off.

He added: “He’d misread these cryptic texts, assumed the worst and asked (me) and our friends if we thought she was breaking up with him. We started the script to keep his mind off the relationship.”

The movie takes place over the course of a day in Los Angeles and follows a fictional actor named London Clash who is offered the role of a lifetime in a new ‘Batman’ movie.

However, his good news is soured by a text from his girlfriend which suggests they are about to split.

Mod added of the plot: “It deals with the human condition of how we create the worst-case scenarios in our heads because we don’t have all the information.”

‘Good Mourning’ stars Pete Davidson and Dove Cameron as well as MGK and Megan themselves.

MGK and Megan started dating in 2020, and they announced their engagement in January 2022.