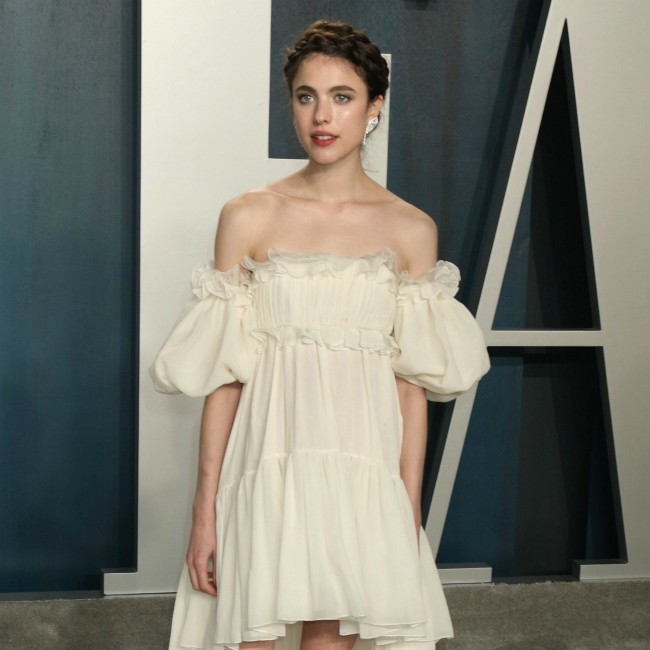 Margaret Qualley to star in The End of Getting Lost

Margaret Qualley has been cast in 'The End of Getting Lost'.

The 27-year-old actress will both star in and executive produce the new thriller from director Deniz Gamze Erguven.

Paul Mescal is also in talks to star in the film that will be produced by Dakota Johnson under her TeaTime Pictures banner.

The flick is based on a novel of the same name by Robin Kirman, which is set to be published on February 15.

The dark, cunning love story is set in 1990s Europe and follows a young couple, Gina (Qualley) and Duncan (Mescal), on what Duncan claims is their honeymoon.

After Gina suffers a mysterious accident, it triggers a dizzying journey that switches between past and present to uncover a portrait of both love's power as well as its dangers.

As the couple hop across Europe's borders and their former lives threaten to catch up with them, audiences will witness how love can lead people astray.

Kirman is adapting the screenplay with Johnson and Ro Donnelly producing for TeaTime Pictures.

Margaret has also landed a role alongside Demi Moore in 'The Substance'.

The film will be written and directed by Coralie Fargeat in her first studio feature.

Specific details about the movie are yet to be revealed, but Deadline report that it is Fargeat's explosive feminist take on body horror. Production will begin in Paris in May.

Fargeat is producing the movie with her Working Title partners Eric Fellner and Tim Bevan.

Universal Pictures are also involved in the making of the movie and Senior Executive VP Production Development Erik Baiers will oversee the project for the studio.