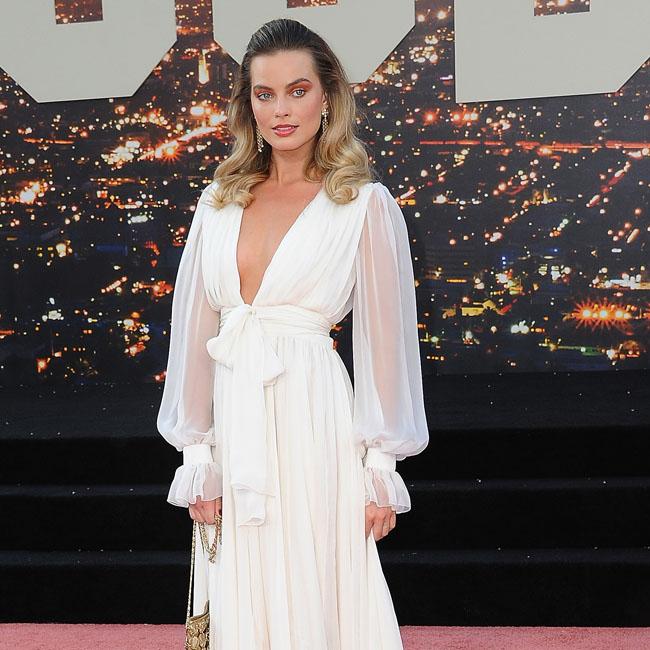 Margot Robbie was "rattled" after reading the 'Bombshell' script for the first time.

The 'I, Tonya' actress plays an aspiring broadcast journalist in the film, which tells the story of female Fox News employees and their allegations against CEO Roger Ailes.

Margot admitted the harrowing nature of Charles Randolph's script convinced her to join the cast.

Speaking on The Big Ticket podcast, she said: "I was pretty rattled by the time I got to the end of (Charles Randolph's) script, to be honest. And I knew long before I finished the script that I wanted to do it and be a part of it, just because I thought it was important to tell, and be part of, and support in any way that I can.

The 29-year-old actress also revealed that she took to Twitter to prepare herself for the part by following and reading the tweets of "young conservative girls" who are "very vocal" about their politics and beliefs.

Margot explained: "Understanding her upbringing and her point of view on politics in the world, that really took me a minute.

"Twitter was extremely helpful. I would follow these young, conservative girls who are very vocal with their beliefs and their political points of view. And that was fascinating because they're my age. In some ways, we'd have a lot in common. And then, in other ways I was like, 'We are living on totally different planets'.

Margot stars in 'Bombshell' alongside Charlize Theron - who is also a producer on the film - and Nicole Kidman, who play journalists Megyn Kelly and Gretchen Carlson respectively.

She said: "The voice changed everything. It's like she almost sat lower in her body with that voice. It altered everything and ... you just lose her.

"I really saw her disappear and she did ... and she was producing at the same time. It's not like she didn't have one sole focus. She was being pulled in a million different directions and just handled it like a boss."

'Bombshell' has been directed by Jay Roach and tells the story from the point of view of the women who took on the toxic male culture of Fox News and ultimately led to Roger's downfall and his resignation.

Ailes left the network in 2016 amid a sexual and workplace harassment scandal, and the movie will tell the story of those who were employed by Fox at the time.