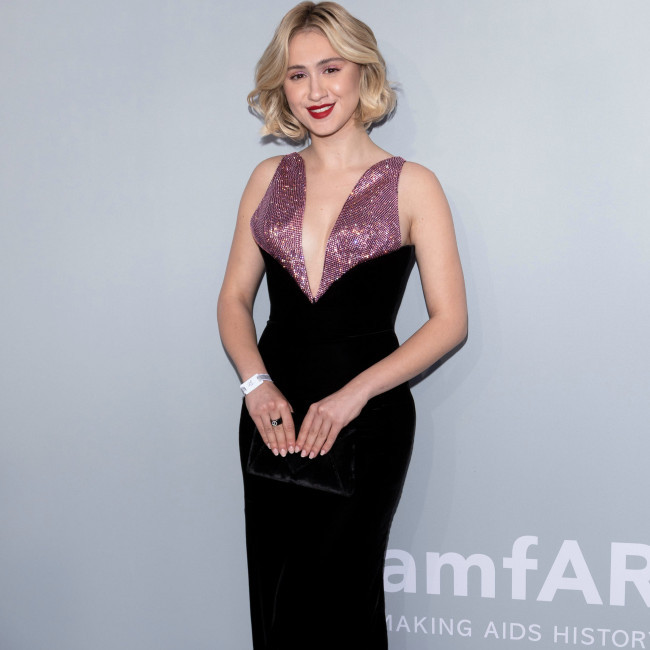 Maria Bakalova has a role in 'Guardians of the Galaxy 3'.

The 'Borat Subsequent Moviefilm' actress joined cast regulars including Chris Pratt, Zoe Saldana, Dave Bautista, Bradley Cooper and Karen Gillan in filming the next installment in the franchise, with Deadline reporting she has a "key" part to play in the film.

However, details of her exact role have been kept under wraps.

While director James Gunn recently teased the involvement of an "unannounced actor" in the film, he was not referring to Maria.

And he admitted he is "surprised" it has taken "so long" for the news of the actress' involvement to be revealed.

Praising Maria's performance as "incredible", he tweeted in response to Deadline's article on the news: "Yes yes yes, okay, I guess I should be surprised it took you guys this long to get this one.

The 55-year-old filmmaker teased the involvement of a mystery cast member last month when he confirmed filming had wrapped.

Explaining why Zoe was missing from a photo of himself laughing with Chris Pratt, Pom Klementieff, Karen, Dave, and his brother Sean Gunn, he wrote: "And that's a picture wrap on the Guardians of the Galaxy trilogy.

"I love this amazing cast crew their beautiful talent kind souls. I'm a lucky human to have them on the journey with me for nearly a decade.

"And yes Zoe was with us but the only picture I have with her has an unannounced actor with us!"

James previously admitted there had been a "lot of sadness" on the set of the film - which is due for release in May 2023 - because everyone was aware it was their last outing.

A Twitter user asked: “Mr Gunn, how are the vibes on set?”

In reply, James tweeted: “Honestly they’re great, I love this cast and crew, but there is also a lot of sadness and near-daily tears knowing this is the last Guardians movie for most of us. #gotgvol3.”