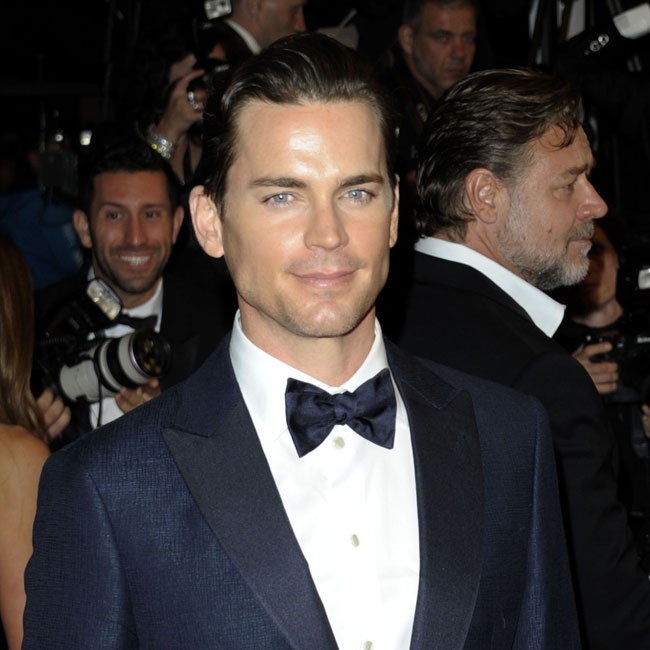 The 47-year-old actor is set to star in and direct the upcoming Netflix movie, 'Maestro', which follows the life of the conductor and musical maestro behind 'West Side Story' and 'Candide'.

According to Deadline, the 'White Collar' star, 44, is yet to strike a deal with the streaming giant and the role he would take on is not known at this time.

If he does board the flick - which sees Hollywood heavyweights Martin Scorsese and Steven Spielberg among the producers - Matt will join Bradley in the titular role and Carey Mulligan as Bernstein's wife Felicia Montealegre.

Bradley previously said: "I was struck by Carey ever since I saw her on stage many years ago and I haven't missed a performance of hers since.

"I am humbled to be working with such a mammoth talent, as well as such a kind person in Carey."

The film spans over 30 years, telling the story of the complicated marriage between the pair.

They had three children together, but Felicia knew about Bernstein's affairs with other men before and after their wedding.

The children have given their seal of approval of Carey, 36, portraying their mother.

"Carey will surely capture Felicia's unique combination of wit, warmth, elegant beauty, and depth of emotion. We also love the way Carey conveys a kind of storybook European grace, which was something our mother embodied as well."

The script has been penned by Bradley, with the help of Josh Singer, who previously helped to pen 'Spotlight'.

The 'A Star Is Born' helmer earned the rights from the Bernstein Estate and has been working closely with his children, Jamie, Alexander and Nina.

Previously, it was also confirmed that Jake Gyllenhaal was also set to star in another movie about the late composer titled 'The American', which would have been helmed by Cary Fukunaga.

However, plans for the movie were eventually scrapped amid concerns Bernstein's name wouldn't draw a big enough audience.