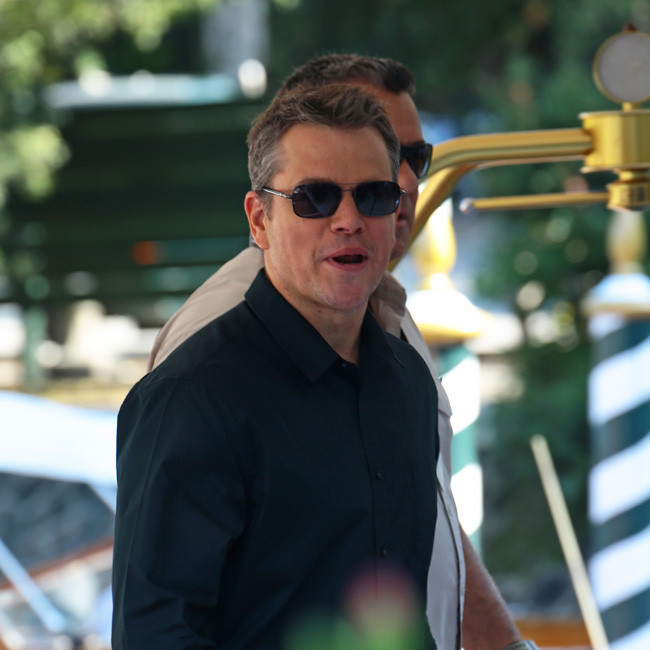 Matt Damon knew The Great Wall was 'a turkey'

Matt Damon knew 'The Great Wall' was "a turkey" during filming.

The 50-year-old actor admitted he felt "as s***** as you can feel creatively" when making the 2016 film - in which he starred as a mercenary warrior imprisoned within the Great Wall of China before joining forces with the Chinese to combat an alien invasion - and he knew the project was doomed when he saw how the movie's Hollywood backers were pressuring director Zhang Yimou to change his vision.

Speaking to Marc Maron on his 'WTF' podcast, Matt said: “I was like, this is exactly how disasters happen.

“I came to consider that the definition of a professional actor; knowing you’re in a turkey and going, ‘OK, I’ve got four more months. It’s the up at dawn siege on Hamburger Hill. I am definitely going to die here, but I’m doing it.’”

“That’s as s***** as you can feel creatively, I think. I hope to never have that feeling again.”

The flop film was hit by allegations of whitewashing but Matt insisted he felt there was an important message within the story.

He said: “I saw the movie as the exact same plot as 'Lawrence of Arabia', 'Dances with Wolves', [and] 'Avatar'. It’s an outsider comes into a new culture, finds value in the culture, brings some skill from the outside that aids them in their fight against whatever and they’re all changed forever.”

The 'Stillwater' actor - who has Isabella, 15, Gia, 12, and Stella, 10, with wife Luciana Barroso and is stepfather to 22-year-old Alexia - recently admitted his teenage daughter loves to mock his work, including 'The Great Wall'.

Asked if fans still associate him with his breakout movie 'Good Will Hunting', he said: "Sure, yeah—fewer and fewer.

"You know, younger people don't know it as much. You know, my 15 year old refuses to see it. She doesn't want to see any movies that I'm in that she thinks might be good.

"My daughter said, 'Yeah, remember that movie you did, 'The Wall'?' I said, 'It was called 'The Great Wall'.' She goes, 'Dad there's nothing great about that movie.'

"She keeps my feet firmly on the ground."