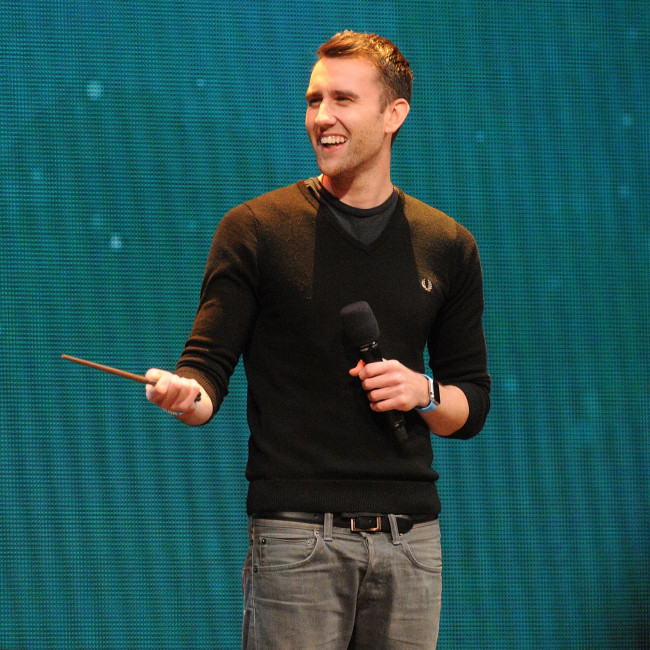 Matthew Lewis finds it 'painful' re-watching himself in Harry Potter

The 31-year-old actor played Neville Longbottom in the blockbuster wizarding franchise and has admitted he can't stand seeing himself on screen as the Gryffindor student, because he's too much like himself.

He said: “I find it quite difficult when too much of me starts to come through in a character.

“It’s easier when I can play someone completely different. Like a police officer in London or someone who’s wealthy.

“At times it’s painful how much of me there is in Neville. When I’m watching, I’m like, ‘That’s not Neville; that’s you.’”

However, the 'Girlfriends' star admitted he owes everything to his breakthrough role.

He added to The New York Times newspaper: “If there’s something people remember you by, there are worse things than the 'Harry Potter' franchise.

“It opened so many doors for me when I otherwise wouldn’t even have gotten in the room.”

Matthew previously admitted he was keen to take on diverse roles during his career, having spent a decade playing the same character in the 'Harry Potter' movies.

He shared: "Having played the same character for 10 years I jump at every opportunity I have to mix it up. Going away to do 'Harry Potter' was a bit of a ballache.

"Don't get me wrong, I sound like a t***. It was such an opportunity and there's me going 'I want to go to the pub with my mates'. That feeling disappeared. I realised I was doing an incredible job."

His starring role in the 'Potter' movies made him an international star and swelled his bank balance, too.

But he insisted he's remained grounded thanks to his upbringing.

He said: "I'd probably get to about 25-years-old and run out of money. I try to be sensible. I'm from Yorkshire and stuff, so I'm a real tight git."