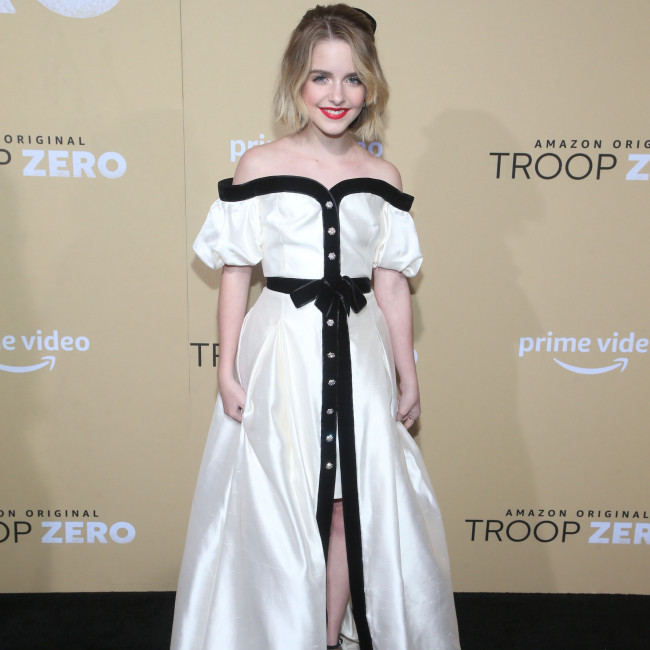 Mckenna Grace will star in 'Perfect'.

The 15-year-old actress is attached to feature in Olivia Wilde's gymnastics movie about the Olympian Kerri Strug.

The movie will tell the true story of Strug's triumph against the odds to win a gold medal for Team USA at the 1996 Olympics in Atlanta.

She was hailed as a hero after completing the winning vault in the team competition on a badly injured ankle that later required treatment for ligament damage.

Strug had to be carried on the podium to accept her gold medal with teammates before going to hospital.

Mckenna's role in the movie is yet to be revealed but Thomasin McKenzie will be playing the part of Strug.

The movie is based on the book 'Landing On My Feet, A Diary Of Dreams' by Strug and John P. Lopez with Olivia previously describing the project as an "epic sports movie".

The 'Booksmart' director said: "It is an excruciatingly beautiful underdog story that will thrust the audience into the heart of Kerri Strug with unblinking, raw honesty. It is an epic sports movie that will deliver on all the wish-fulfillment that makes those films so thrilling to watch. At the same time, it is unlike any sports movie you have seen before."

Olivia also heaped praise on Thomasin after she landed the lead role in the film.

She wrote in a social media post: "One reason I needed to direct movies was to work with genius women in great roles worthy of their skills. This story is complicated and challenging and heartbreaking and beautiful, and I could not imagine a better partner to tell it with than Thomasin. She is fearless, ladies and gentlemen. I bow down."