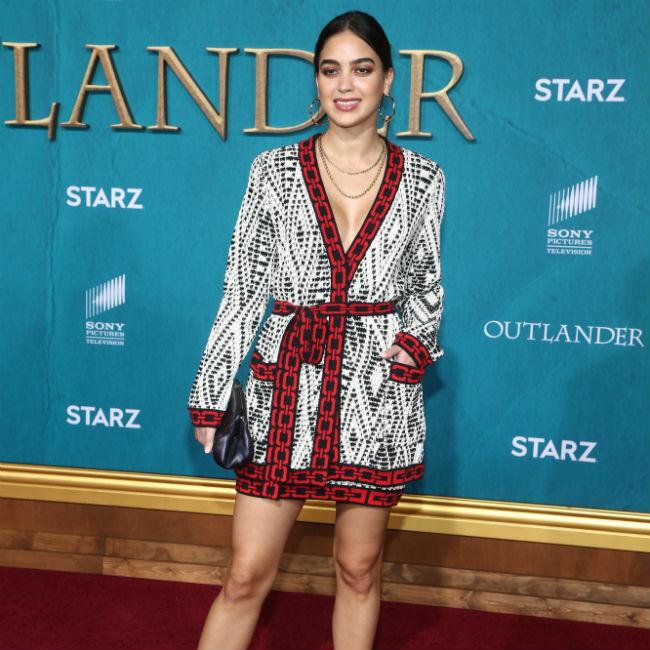 Melissa Barrera: Shooting In The Heights was a crazy experience

Melissa Barrera admits that filming on 'In The Heights' was a "crazy" experience.

The 29-year-old actress plays the role of Vanessa in the movie adaptation of Lin-Manuel Miranda's musical, but admits that the production is nerve-wracking as her performance will be seen forever.

In an interview with Collider, Melissa said of the film: "It's crazy. I've done theatre before, and you rehearse for a month, and then you do a run.

"With a movie, you don't have that run. You rehearse and rehearse, and you have a few tries to get it right, but then it's gonna be there forever, and that was nerve-wracking for me. That was the thing I was nervous about because it's a movie that the world is gonna see, and I get one chance to get it."

Melissa did grow to enjoy the experience on Jon M. Chu's movie, which is slated for release in 2021.

She explained: "I realised that it's just like shooting a movie, except that you're singing and dancing. It's the exact same process. It's just way more fun cause there's always music playing on set. It's like a party, every day, and that's amazing. "And you get much more rehearsal time. At least we got 10 weeks of rehearsal, which I appreciated greatly because there are so many dance numbers and the choreography was so hard that we really needed that time. I needed that time, at least."

Melissa is also set to star opposite Jamie Dornan in an adaptation of opera 'Carmen' and admits that she is "excited" about her career going forward.

She said: "I'm so motivated right now, more than ever. I'm excited about the future and the endless possibilities. I'm excited for the world to see In The Heights. I'm excited to go on a shoot Carmen.