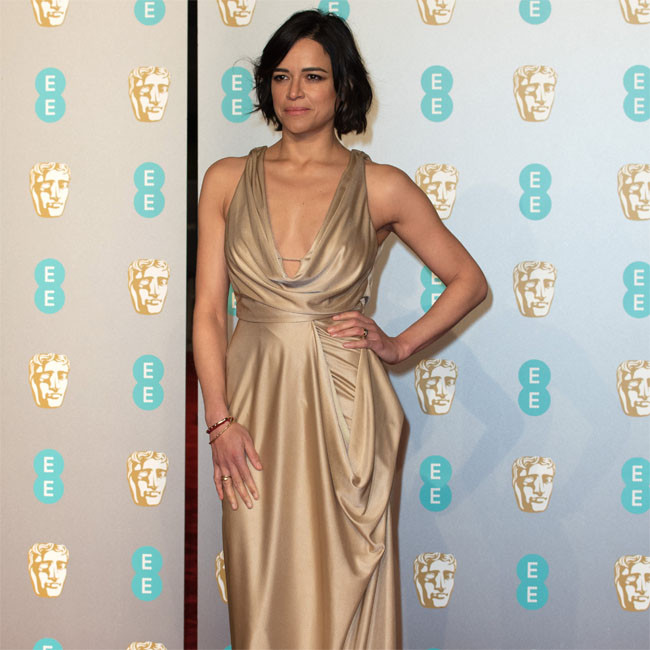 Michelle Rodriguez and Justice Smith are to star in 'Dungeons & Dragons'.

The pair have joined Chris Pine in the adaptation based on Hasbro's popular fantasy game franchise.

The flick is being directed by Jonathan Goldstein and John Francis Daley and the pair have also written the script based on Michael Grillo's draft.

Plot details have been kept under wraps for the time being but the movie is said to "take a subversive approach to the game". It was previously claimed the movie will center on a warrior's dangerous mission to find mythical treasure.

Jeremy Latcham is producing for eOne, Hasbro's entertainment arm while Brian Goldner serves as a producer for Hasbro.

The game was previously brought to the big screen in a 2000 movie starring Marlon Wayans, Zoe McLellan and Jeremy Irons, however, the movie was panned by critics and flopped at the box office.

Michelle is known for her role as Letty Ortiz in the 'Fast & Furious' franchise and previously expressed a desire to play Catwoman in a film.

The 42-year-old actress said: "I would love to be a superhero. I think DC has my favorite superhero, which is Catwoman.

"I like her because she's bad and good and I'm in the middle when it comes to being good. I'm pretty bad and good so I would go the DC route 'cause there aren't a lot of really great female superheroes in general and so I need a little edge or I can't play and so Catwoman I think is my favorite."