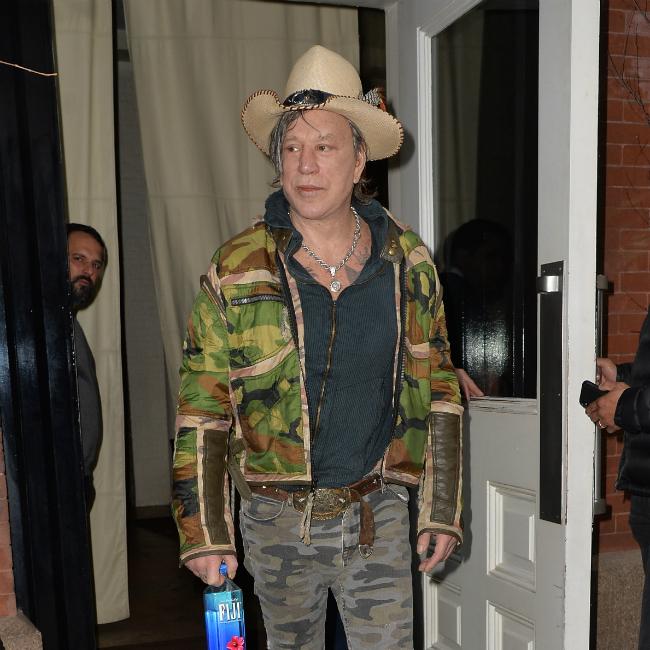 Mickey Rourke set for The Commando

Mickey Rourke is set to star in 'The Commando'.

The 68-year-old actor will play a newly-released prisoner in the independent movie, which will tell the story of a Drug Enforcement Administration agent who returns home after a mission gone wrong and attempts to protect his family from the ex-inmate.

According to Deadline, the motion picture will start shooting in New Mexico next month, and is to be directed by Asif Akbar.

Kimberly Hines will executive produce the movie, and Koji Steven Sakai has penned the original script from a story by himself, filmmaker Akbar, and Al Bravo.

In April, Rourke's latest movie 'Warhunt' - which tells the story of a group of American soldiers in the midst of World War II, on a secret mission in Germany's Black Forest - wrapped filming after they continued production in Latvia through the coronavirus pandemic.

Former professional boxer Rourke said: "I came to Riga to work and this COVID-19 thing was so out of control, but everyone was so great."

The cast and crew had various special measures in place to ensure everyone's safety, including wearing face masks and gloves, and all equipment was regularly disinfected.

All those present had to have their temperature taken twice a day whilst social distancing measures were put in place to ensure there was no transmission of the virus.

Producer Yu-Fai Suen said: "We had to rearrange the schedule for Mickey Rourke as the country was closing its borders, and luckily he agreed to fly early to beat the closure, and we rescheduled his shoot days to accommodate this change.

"There were additional procedures on set, but it quickly became the norm and everyone got on with it. For makeup, each actor had a dedicated kit so makeup artists used only the same brushes, makeup etc on the same actor.