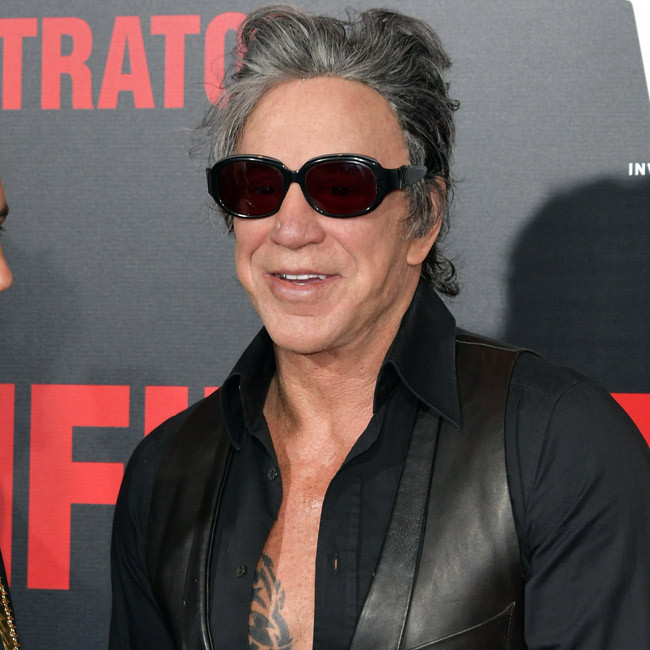 Mickey Rourke has been cast alongside Dolph Lundgren in the action film 'Section Eight'.

The movie is the story of a former soldier who, after avenging the murder of his family, is sprung from prison and recruited by a shadowy government agency.

Christian Sesma is directing the film from an original screenplay by Chad Law and Josh Ridgway. The movie is being produced by Brandon Burrows of Firebrand.

He said: "Mickey's raw energy and unique style are such a great addition to 'Section Eight.'"

Rourke has a vast array of film credits including 'The Wrestler' – which earned him an Oscar nomination for Best Actor- as well as 'Iron Man 2' and 'Sin City'.

Mickey worked on the movie 'Warhunt', which tells the story of a group of American soldiers in the midst of World War II on a secret mission in Germany's Black Forest, through the coronavirus pandemic last year as it continued production in Latvia.

The former professional boxer said: "I came to Riga to work and this COVID-19 thing was so out of control, but everyone was so great."

The movie's producer Yu-Fai Suen said: "We had to rearrange the schedule for Mickey Rourke as the country was closing its borders, and luckily he agreed to fly early to beat the closure, and we rescheduled his shoot days to accommodate this change.

"There were additional procedures on set, but it quickly became the norm and everyone got on with it. For makeup, each actor had a dedicated kit so makeup artists used only the same brushes, makeup etc on the same actor.