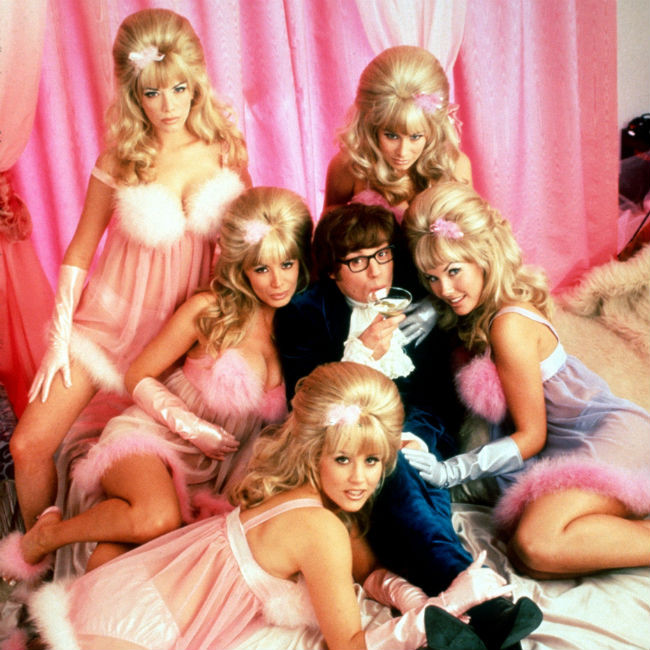 Mike Myers 'would love to do' 4th Austin Powers film

Mike Myers would "love to do" a fourth 'Austin Powers' movie.

The 58-year-old actor starred as both the titular comedic parody of suave spy James Bond and his arch-nemesis Dr. Evil in three movies - 'Austin Powers: International Man of Mystery’ in 1997, ‘Austin Powers: The Spy Who S****ed Me’ in 1999, and ‘Austin Powers in Goldmember’ in 2002 - and he would be up for reprising the roles again, but couldn't confirm whether or not another film is in the works.

He said: "I can neither confirm nor deny the existence or non-existence of such a project, should it exist or not exist."

When it was suggested his comment felt "like a confirmation", he told SiriusXM's Jess Cagle: "It was a non-confirmed, confirmation confirmation."

Myers - who also wrote and produced the trilogy - spoke about the possibility of a fourth 'Austin Powers' movie in November 2018, admitting it was "looking good".

He said at the time: "Well you're gonna see Dr. Evil soon, somewhere in the culture. But the movie, you know I've had three kids under the age of seven. They take a long time to write, they always have. Jay [Roach]'s been super crazy. He's doing a fantastic movie right now that he's working on. But ... it's looking good."

Myers also previously claimed he would love to make a fourth movie in the franchise, as he explained the film series was created as a "tribute" to his father, who passed away in 1991.

He said: "After my dad died in 1991, I was taking stock of his influence on me as a person and his influence on me with comedy in general. So Austin Powers was a tribute to my father, who [introduced me to] James Bond, Peter Sellers, The Beatles, The Goodies, Peter Cook and Dudley Moore.

"I would love to do another, but you just have to see. I was devastated by my father's death. But to have that turn into something that makes people happy is unbelievably satisfying. It's that kind of stuff you never get used to or get tired of."