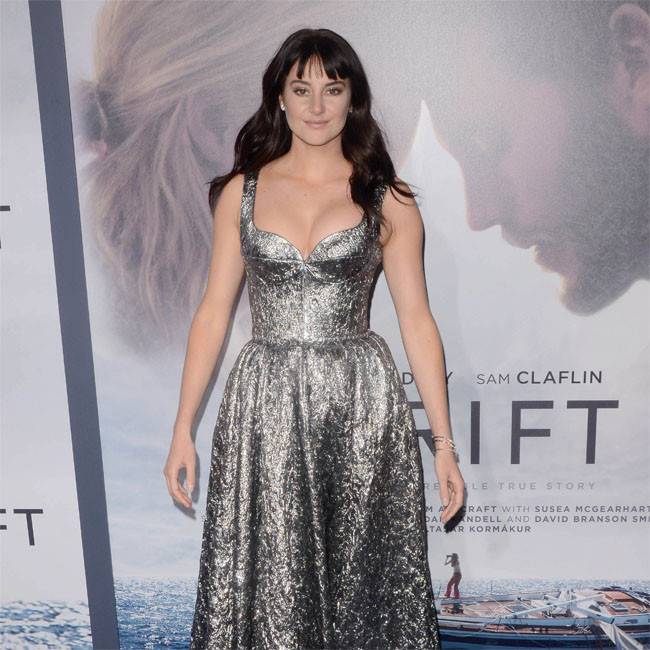 Miles Teller and Shailene Woodley cast in The Fence

Miles Teller and Shailene Woodley are to lead the cast of 'The Fence'.

The 33-year-old actor and 28-year-old actress will star in the political satire alongside Oscar-winner William Hurt.

The film centers on two liberal newlyweds at loggerheads with their ultra-conservative neighbor over a nine-foot-tall fence that he insists on building to keep his home safe from terrorists.

Icelandic filmmaker Grimur Hakonarson is directing the movie, which is seen as timely following the recent US Presidential election.

Shane Danielsen has adapted the screenplay from a story written by Hakonarson with Justin Nappi and Juliet Berman producing for Treehouse Pictures.

Shailene recently starred in romantic drama 'Endings, Beginnings' as Daphne, a woman torn between Jack (Jamie Dornan) and Frank (Sebastian Stan), and suggested the improvised project was the most "authentic" performance she has given.

She said: "[It's] incredibly authentic, real, raw and stripped-down -- more so than any other project I've ever been a part of.

"Because the entire thing was improvised, there was a sense of immediate sensitivity and vulnerability that had to exist between ourselves with ourselves and ourselves with each other.

"Every single day, we'd go home and text each other, 'Wow, we got through another day', because the depth of conversation, feeling and emotion that we were all experiencing with one another was very real.

"What you see is not an acted performance by any of us; I think it's truly Shai, Sebastian. Jamie, Lindsay (Sloane) -- all of these actors, speaking within the confinements of a particular character, but speaking from our own experiences and our own hearts."