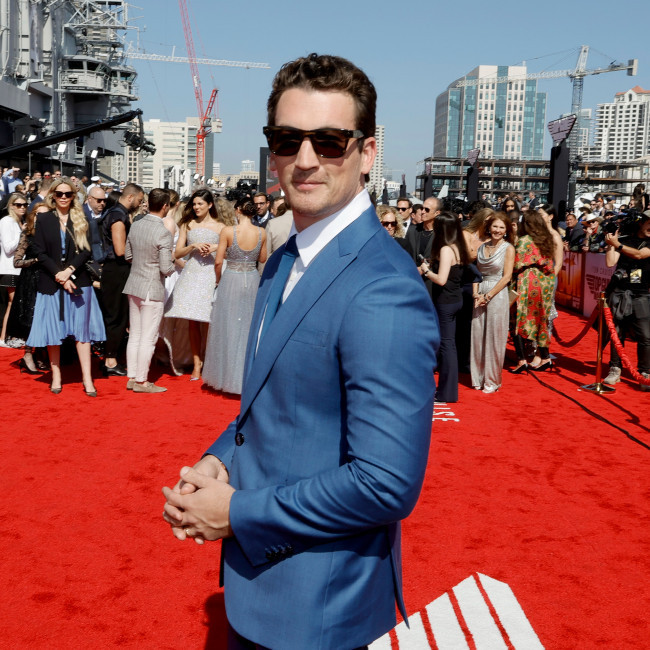 Miles Teller starring in The Gorge

Miles Teller is to star in 'The Gorge'.

The 'Top Gun: Maverick' actor will team up with director Scott Derrickson for the new movie.

Plot details are being kept under wraps but the project has been described as a high-action, genre-bending love story.

David Ellison, Dana Goldberg and Don Granger are producing 'The Gorge' for Skydance alongside Derrickson and C. Robert Cargill for Crooked Highway. Teller will executive produce.

Miles starred as Bradley 'Rooster' Bradshaw in the 'Top Gun' sequel and chose to take a break before starting work on his next project, although sources say he was actively reading scripts as he looks to build on the success of the blockbuster – which has grossed $1.4 billion at the worldwide box office.

Derrickson is also coming off the back of a successful film as his supernatural horror flick 'The Black Phone' was a box office hit and Skydance were keen to get both actor and director working on the project.

Meanwhile, Miles revealed how he feared he was going to die while filming for 'Top Gun: Maverick' in an F-18 Hornet jet.

The 35-year-old actor: "I definitely had a moment where I thought I was going to die.

"There was a sequence where we were heading straight towards the ground and you do what's called a max G pull-up. You're heading down and at the last second you yank up, and it's really tough for the pilot.

"It's something they train in all the time, but it was the first time we'd done a manoeuvre like that and I completely stopped acting. I looked at the ground, and thought this wasn't going to end well for me."