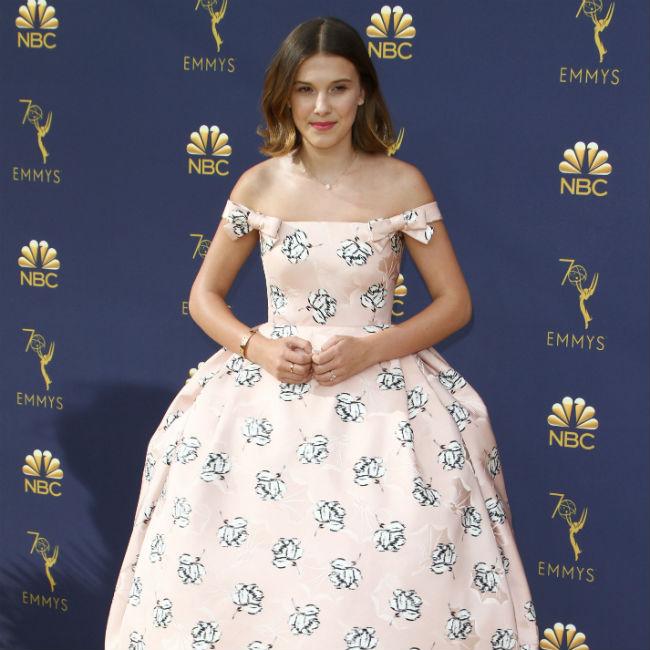 Millie Bobby Brown has denied rumours she's set to star in 'The Eternals'.

The 15-year-old actress - who is best known for her starring role as Eleven in hit Netflix series 'Stranger Things' - was reported this week to have landed a role in the upcoming mysterious Marvel Cinematic Universe project, but she has now denied the news, saying she has "no idea" where the rumour started.

Taking to her Instagram account, Millie said: "OK, guys, this is the problem. Everybody thinks that I'm going to be in a Marvel movie. Not that I know of. My family and I have no idea. So, I just want to let everybody know that I'm not ... as of right now."

So far, much of 'The Eternals' is still under wraps, with no official casting announcements having been made, although rumours are also circulating the likes of Salma Hayek, Angelina Jolie, Richard Madden, and Keanu Reeves.

It is believed Richard Madden will play Ikaris, who is fuelled by cosmic energy in the movie, with one plot line of the film involving a love story between his character and Sersi, who relishes moving amongst humans.

Angelina Jolie has been rumoured to be taking on the role of Sersi.

Marvel Studios are set to make an official casting announcement for the upcoming movie - which is being helmed by Chloe Zhao - during San Diego Comic-Con, which kicks off on July 18.

'The Eternals' is based on the 1976 Marvel comic series by Jack Kirby, which sees the titular fictional species - who are offshoots of the evolutionary process, and were intended to be the Earth's defenders - do battle with the Deviants.

'Ruin' writers Matthew and Ryan Firpo have signed up to pen the script for the movie, and Marvel Studios' president Kevin Feige will produce the picture.