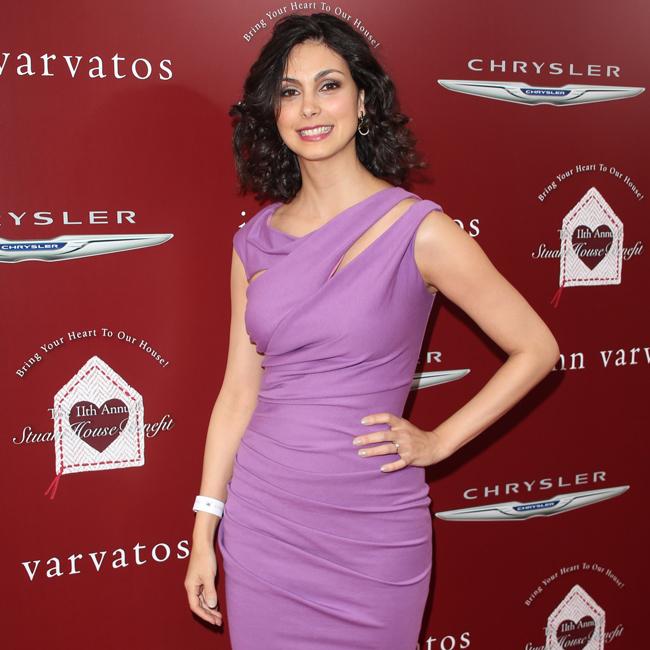 Morena Baccarin has "no idea" whether she'll star in 'Deadpool 3'.

The 41-year-old actress - who played Vanessa Carlysle in 'Deadpool' and 'Deadpool 2' - has revealed she's "waiting with bated breath" to discover if she'll appear in the upcoming movie.

She told PeopleTV: "I have no idea. Apparently, they're still writing it. I genuinely don't know.

"I have not been asked, or approached. There's been no conversations yet, so I'm waiting with bated breath."

Morena is eager to reunite with Ryan Reynolds, and also hopes her role in the film will be "as big as possible".

She said: "I mean, he [Reynolds] will always be the lead, but I would love to be right by his side."

Meanwhile, Ryan previously claimed he's suited to the role of Deadpool because he's good at making himself "the butt of the joke".

Reflecting on his school days, the Hollywood star - who is married to actress Blake Lively - said: "I was quick. I knew I wasn't Robin Williams funny, but I was good at using things around me to diffuse a situation, making myself the butt of the joke."

Ryan also feels his modest career ambitions have actually helped him to achieve stardom and yet still remain grounded in reality.

He explained: "My objectives were very low when I started. I just wanted to be a working actor, pretend and get paid sometimes.

"And to be honest. I think my attitude is what's prevented me from becoming a colossal a**hole.

"You meet some young actors now who think that any less than superstardom is failure. And that's wrong. The ironic twist to that is that those are the exact people who become gigantic superstars!"