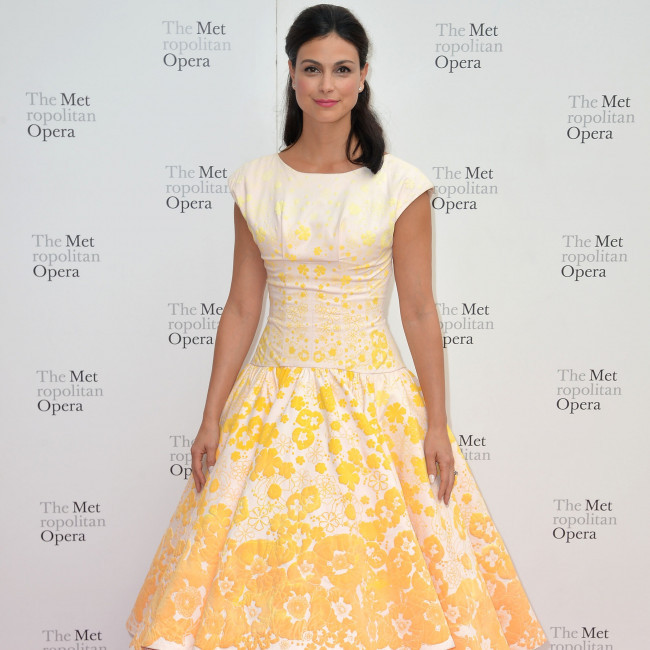 The 43-year-old actress played Vanessa Carlysle – the fiancée of Wade Wilson/ Deadpool (Ryan Reynolds) – in the first two movies in the superhero franchise and says "it'd be great" if she has a part in the upcoming third film.

Speaking at DragonCon Atlanta on Saturday (04.09.22), Morena said: "You know, from your lips to God's ears, I have no idea. They're writing the script right now. I'm usually the last to find anything.

"I'm not even... I wish I had information I could give you but I really don't. But it'd be great."

The Brazilian actress revealed that her alter ego had been supposed to die in 'Deadpool 2' before the story was altered and Morena thinks it is a "good sign" for Vanessa's future.

She said: "I think when we shot this second film, I would just die. And then after they screened it a few times they actually changed it to include this timeline thing so I think that's a good sign that the fans want to see me again. Whether or not it happens, it's not up to me."

Morena had admitted in 2020 that she had "no idea" if she would be appearing in the film.

The star said: "I have no idea. Apparently, they're still writing it. I genuinely don't know.

"I have not been asked, or approached. There's been no conversations yet, so I'm waiting with bated breath."

Baccarin is hoping to reunite with Ryan Reynolds and hopes that her role in the film will be "as big as possible".

She said: "I mean, he [Reynolds] will always be the lead, but I would love to be right by his side."