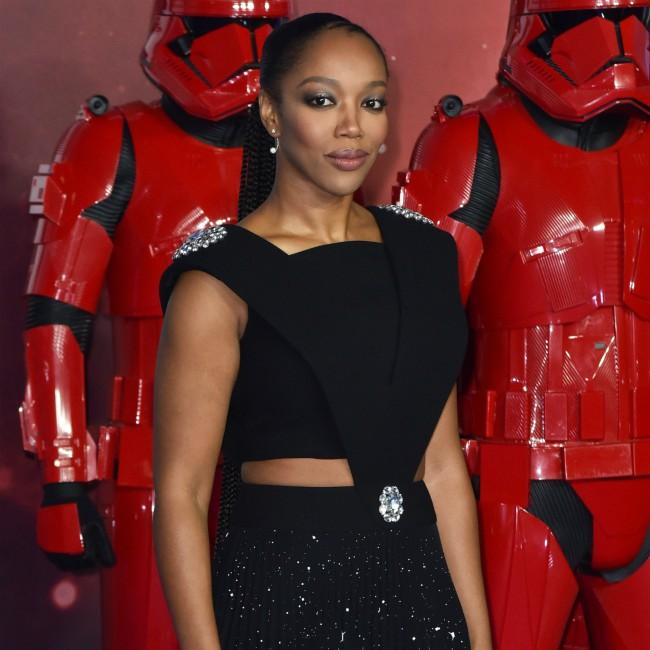 Naomi Ackie is proud to have played Jannah in 'The Rise of Skywalker' because she is one of the "first black female leads to enter the 'Star Wars' universe".

The 28-year-old actress' character, a former Stormtrooper, plays a key part in helping the Resistance in their mission to defeat the First Order once and Naomi was very aware of the cultural significance of her casting.

Speaking to Digital Spy, Naomi - who was born in London to second-generation immigrants from Grenada - said: "Getting the 'Star Wars' role was really surreal. I loved playing Jannah because she's strong and brave. She's one of the first black female leads to enter the Star Wars universe in 41 years and I felt the importance of that. For me, it was about everything from having natural, textured hair to not being shy of talking about what more the industry needs to do."

In the conclusion of the sci-fi franchise Jannah forms a bond with Lando Calrissian - played by Billy Dee Williams - and the pair agree to find out about her unknown past together hinting at a potential spin-off.

The scenes have sparked fan theories that Jannah could be Lando's daughter and although Naomi was given a "rich backstory" for her alter ego by director-and-writer J.J. Abrams she is staying tight-lipped about Jannah's heritage.

She teased: "Jannah was a completely new character and I like the idea that the 'Star Wars' universe is expanding. I think Jannah could get a spin-off. She has a really rich backstory that J.J. told me about, and a future that we still don't know about."

When asked directly if Jannah is Lando's long-lost daughter, Naomi made a 'my lips are sealed' before saying "that's my answer".