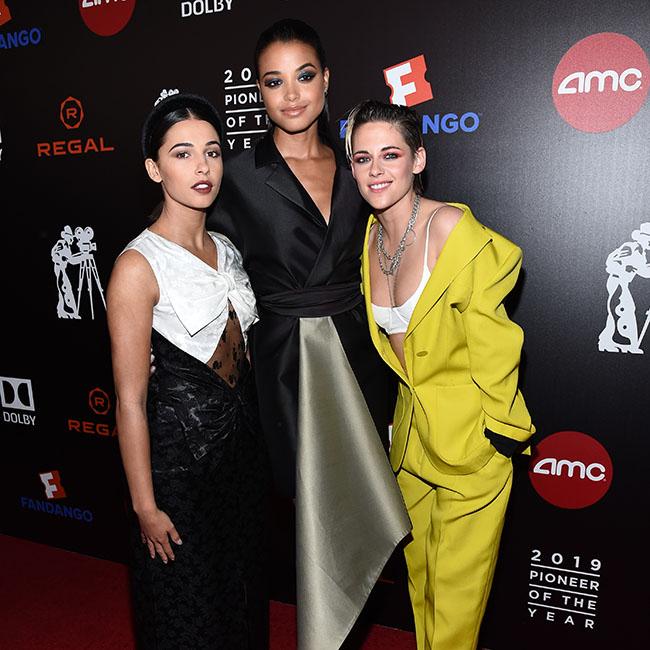 Naomi Scott: Charlie's Angels reboot was made with good intentions

Naomi Scott says the 'Charlie's Angels' reboot was made with "good intentions".

The 'Aladdin' actress stars alongside Kristen Stewart and Ella Balinska in the upcoming reboot of the action spy series, and says her co-stars and director Elizabeth Banks came together "for the right reasons", whilst she shared how "excited" they all are to be a part of the film.

Naomi, 26, told RTE Entertainment: "You always talk about good intentions and that is why all of us were so excited to be part of the project, and the reason Liz wanted to make the movie, so we were all there for the right reasons."

She said: "Any type of manufactured, inauthentic feeling that sometimes you might have to put into a job that would have never been enough."The whole reason to make this movie is because those girls in the last one seemed like friends forever, and friends that would have your back no matter what, and that's sort of the enviable experience.

"When you watch those movies it's like 'I want to jump in there, get me in there!'"

Ella, 23, teased that whilst they didn't film much as a group, the bathroom scene was "particularly fun" to shoot.

She said: "We hung out so much.

"A lot of the film we're not actually working together on set because we're kind of helping each other from afar.

"We'll be in the same building for example for the heist sequence but we're very far apart.

"When there were times when we would be together that was when we had the best time. That scene in the bathroom was particularly fun."

Elizabeth previously discussed how she hoped the movie would be a success to show what females can do behind the camera.

The filmmaker said: "The main thing I want is to convince executives that they can trust women.

"If I deliver a good movie with this amazing cast, we made something really fun that people really want to see, I just hope I can convince more executives to trust us - just trust women with the job." 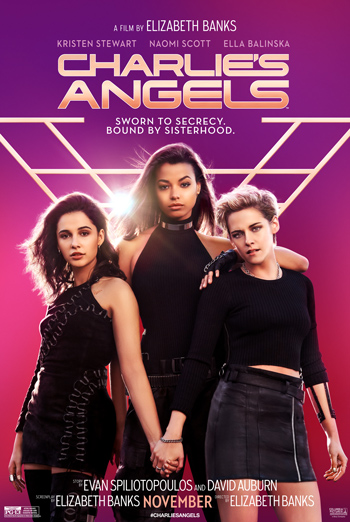 Director Elizabeth Banks takes the helm as the next generation of fearless Charlie's Angels take flight. In Banks' bold vision, Kristen Stewart, Naomi Scott, and Ella Balinska are working for the mysterious Charles Townsend, whose security and investigative agency has expanded internationally. With the world's smartest, bravest, and most highly trained women all over the globe, there are now teams of Angels guided by multiple Bosleys taking on the toughest jobs everywhere. The screenplay is by Elizabeth Banks from a story by Evan Spiliotopoulos and David Auburn. ...