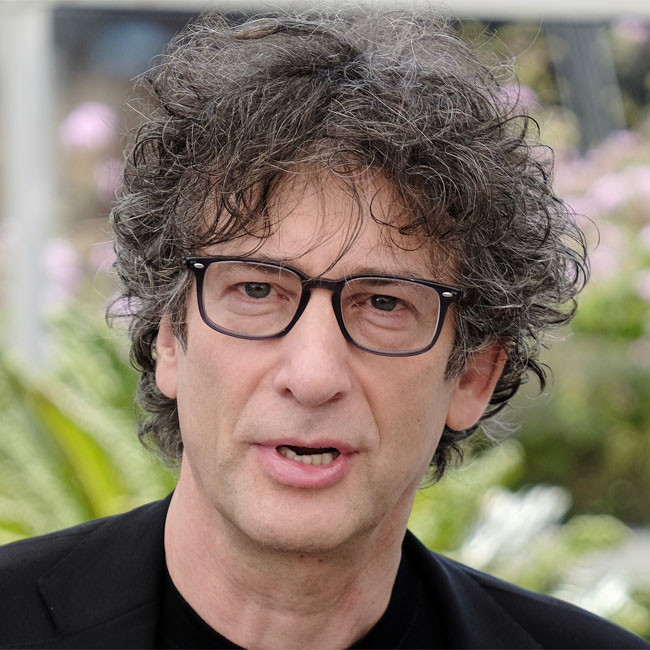 Neil Gaiman will voice a talking mongoose in the dark comedy 'Nandor Fodor'.

'The Sandman' writer is the latest addition to the flick being directed by Adam Sigal from his own script and joins an ensemble that includes Simon Pegg, Minnie Driver and Christopher Lloyd.

The movie is based on true events and follows British-American psychoanalyst Nandor Fondor (Peg) on his search to discover the real Talking Mongoose Gef.

Gaiman is voicing the mongoose with Driver starring as Fodor's assistant Anne who accompanies him into uncharted territory.

Sasha Yelaun and Dominic Burns are producing alongside Karl Hall under Future Artists Entertainment and Jack Christian of Filmology Finance.

Neil said: "I first read about Gef, the mysterious talking mongoose, when I was at school in a book of true-life ghost stories.

"I never thought I'd find myself narrating a film about his exploits, or indeed, providing his voice. But the chance to work with old friends like Simon Pegg and Minnie Driver was irresistible, and I hope very much I have managed to do the mysterious mongoose justice."

Co-producer Clare Bateman-King added: "Neil is one-of-a-kind and his creativity is unlimited.

"This is such an integral part to the film and we truly needed somebody who could bring an impactful and effective energy to the voice of the mongoose. It's been such a fun time getting Neil involved and we're so excited for the moment audiences hear his take on the fabled mongoose Gef."

Gaiman's other work includes 'American Gods', 'Coraline' and 'Good Omens', all of which have been adapted for the big or small screen.