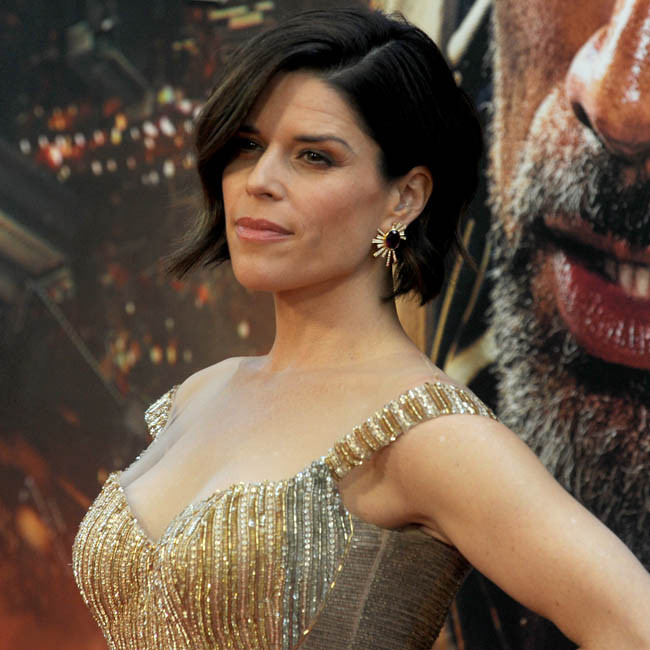 Neve Campbell found her role in 'Clouds' to be an emotional challenge.

The 47-year-old actress plays Laura Sobiech, the mother of terminally ill teenage musician Zach, in the flick - which is based on a true story - and admits that being a mother to two young boys had increased the emotion of the role.

Neve explained: "As an actor you learn when it is appropriate to cut things off. When I was young I would immerse myself so deeply to give the best performance and it was really unhealthy. I'm a mother of two young boys, so it took a lot to go there."

The 'Scream' star had the opportunity to meet Laura and she admits the experience was "overwhelming".

Campbell told HeyUGuys.com: "I was overwhelmed meeting her and admitted her generosity in sharing her story with others."

She also revealed that the cast members were in tears when they got to watch the Disney+ flick together.

Neve recalled: "We all watched at the same time over a link. We got on Zoom afterwards to talk to each other and we were all very emotional. To see their story told in such a beautiful way, it got me."

Fin Argus plays the role of Zach in the motion picture and revealed that he's learnt lessons from the late musician.

The 22-year-old actor said: "I feel like Zach was with me when we started shooting. He's left had a significant impact on my life, both professionally and as a performer.

"He's helped me change my perspective on grief and loss."