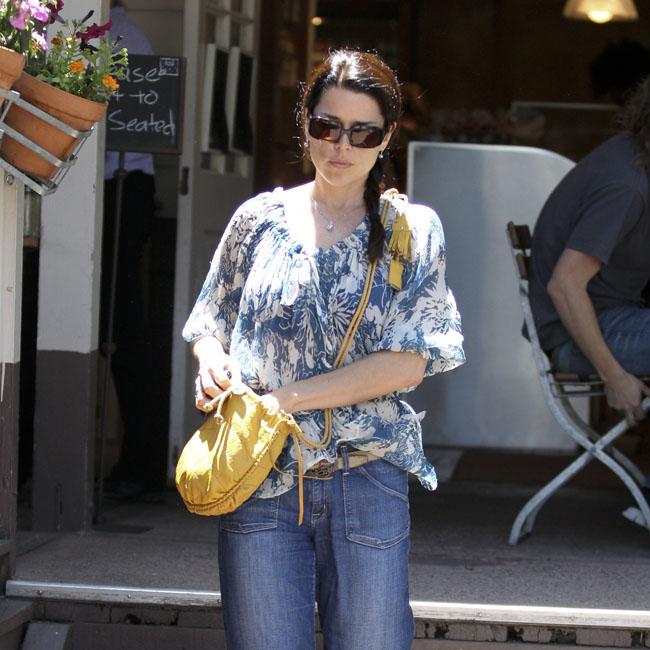 Neve Campbell admits it feels strange to be considering 'Scream 5' without Wes Craven.

The legendary director - who created the 'Scream' franchise - passed away in 2015 at the age of 76 and Neve admitted she was hesitant to even think of returning to the series without him but she changed her mind after receiving a "really respectful letter" from new filmmakers Matt Bettinelli-Olpin and Tyler Gillett.

She told The Hollywood Reporter: "I definitely had a period where I was thinking it would just be too odd to do a movie without Wes, and I wasn't certain that I would want to do that. But, I think enough time has passed. I got this really, really respectful letter from the directors [Bettinelli-Olpin and Gillett] of the new one.

"They came to me with 'Scream 5', and these directors are incredibly talented. They wrote a letter honoring Wes in such a beautiful way, and they expressed that the reason they make horror movies is because of Wes and the 'Scream films'. They also expressed how blown away they are at the idea of actually getting an opportunity to make one of them and how much they want to honor and respect Wes' vision.

"It was just beautiful, and I was really grateful. I had really thought that the only way I'd step into a new project with new directors is if they really wanted to honor him."

However, Neve, 46 - who played Sidney Prescott in the 'Scream' movies - admitted she is unsure about when production will start on the new film.

She explained: "We're just in the beginning phases of negotiations, and we'll have to see where it goes with COVID and everything. There are a lot of things up in the air, such as when we'll actually get to make the movie and how we can even re-enter this business at the moment."